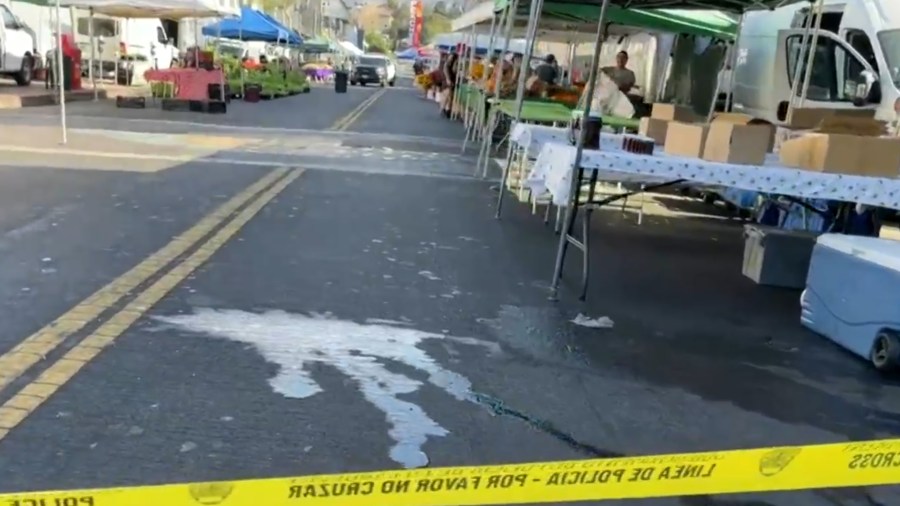 Reports of gunshots shut down the Hollywood Farmers’ Market Sunday morning in what witnesses had described as an “active shooter” situation.

Around 7:30 a.m., Los Angeles police received reports of a man with a handgun who had fired “multiple rounds” in the 1600 block of Cosmo Street.

No gunshot victims were located at the scene, police said.

The Hollywood Farmers’ Market was closed for the investigation. A police helicopter was seen overhead as of 9 a.m.

Around 9:20 a.m., Los Angeles police officials said there was an active standoff underway with the unidentified suspect. Police later confirmed that an LAPD SWAT team was called to the scene.

Farmers’ Market organizers posted a statement on Facebook that said in part, “We’re glad our staff and vendors are OK.” Shoppers were also encouraged to visit the Farmers’ Market sister location at Atwater Village.

Check back for details on this developing story.