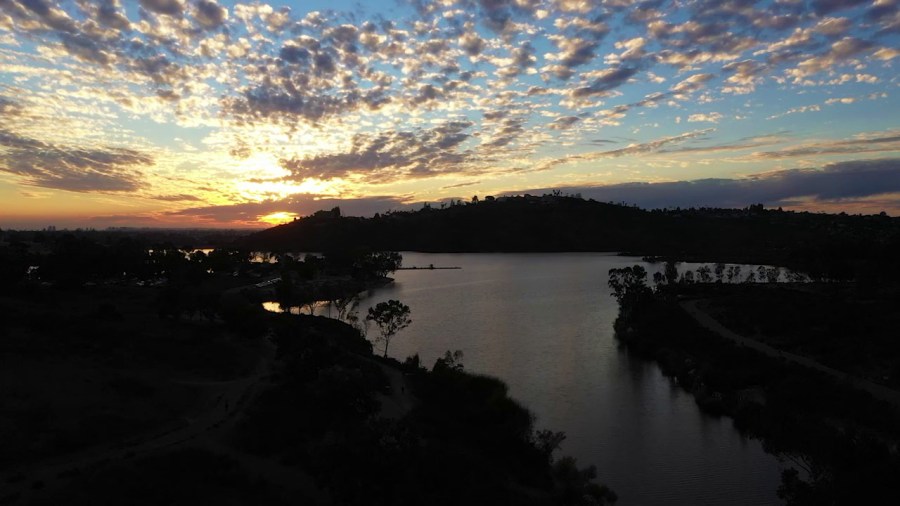 SAN DIEGO – The main entrance to the water access area of Lake Murray in La Mesa is shut down for an unspecified amount of time as officials deal with rising water levels.

“We’ll start here right, ride over to the other side- go get a little snack from the snack shop – and then ride back over,” said local Aubry Foulk on how the water levels on one side of the lake impacted her plans.

Some estimates indicate that the lake has risen six to eight feet. Picnic tables typically crowded around this time of year are now submerged.

According to officials with the City of San Diego, they had lowered the water levels before the Fourth of July and then realized that Lake Murray and the Murray Reservoir had developed an algae bloom.

City officials released the following statement in regard to the issue:

“While the algae bloom resolves naturally, the Public Utilities Department has temporarily stopped using water from Murray. This has resulted in a higher water level at Murray reservoir and minor impacts to the surrounding recreational activities. The city plans to resume using water from Murray in the coming days and the water level will decrease over the course of a few weeks.”


December Nights in Balboa Park returning to original format for 2022

For those who have been coming to Lake Murray for decades, the water is a sight to see.

“The picnic bench that we went to just now was almost entirely covered, only the very top was exposed.  The kids were trying to skip rocks through it which is fine but I’ve lived here since 1986 and never seen this it like this!”