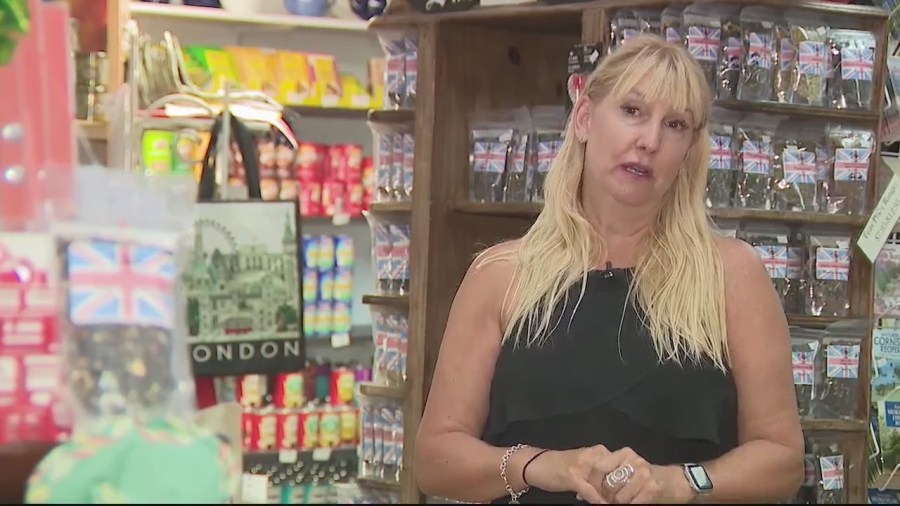 SAN DIEGO — As millions mourn the loss of Queen Elizabeth II, so do several San Diegans.

Owner of Shakespeare’s Corner Shoppe, Selina Stockley, says the death of the Queen hasn’t entirely sunk in yet.

The general manager of Shakespeare Pub, adjacent to the tea shop in Mission Hills, was also in mourning.

General Manager Nikki Mcewan-Beatty says she expects the pub to be busy the next few days as it is a hub for the British and Common Wealth communities.

Mcewan-Beatty says she the death of the Queen came as a shock to her.

“That was the standing joke, that she would actually get a letter from herself for reaching 100. I never, I did not anticipate this at all,” she said.


‘Operation Unicorn’: What happens after the queen’s death in Scotland

Craig Tolson, president of the House of England in Balboa Park, raised the building’s flag to half-staff in honor of the Queen.

“British people, people of the commonwealth, all kind of coming to grips with the news that someone new is going to be in charge after such a long time,” Tolson said.

Now with the longest standing monarch now gone, Mcewan-Beatty reminisces on her favorite memories of the Queen.

“Just growing up and having street parties to celebrate different events; my father met her, just that whole feeling of pride,” Mcewan-Beatty said.

The Pub will televise the Queen’s traditional 10 days of mourning and the ceremonies following.

Stockley says that the Queen wasn’t just the United Kingdom’s Queen; she was everyone’s queen.

“She touched everyone’s hearts, Americans included, and this is why she is a legend. She left a legacy that is going to be very hard for anyone to ever fill,” Stockley said.