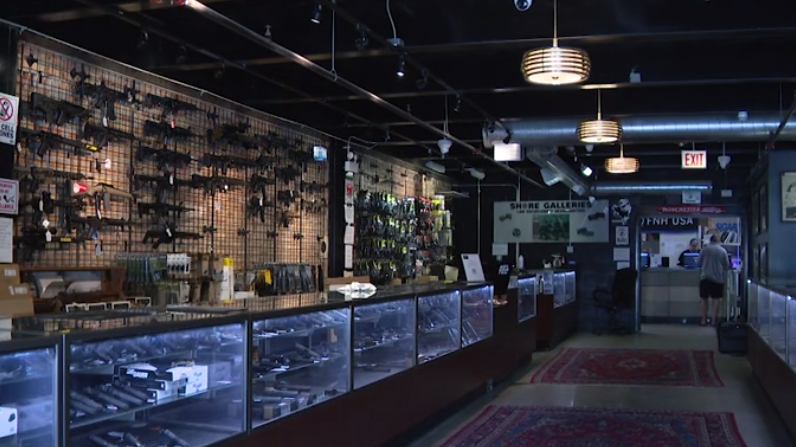 SAN DIEGO- The Supreme Court made several decisions last week, one of which ruled that a New York law requiring “proper cause” for a concealed carry permit is unconstitutional. Although it’s a New York law, the Court identified California as one of the states that have a similar law, therefore rendering it unconstitutional in California.

The San Diego County Sheriff’s Department released a statement that said they are expecting an increase in applications for concealed carry permits.

“We don’t need people walking around with guns to protect us, I don’t need a gun to go to the grocery store,” said Wendy Wheatcroft, a member of the Safer California PAC.

“The right to bear arms is an individual right, it’s a civil right. So for someone in elected office, if they have the ability to stop you from exercising, that’s unfair,” said Michael Schwartz, the executive director of the San Diego County Gun Owners Pac.

Schwartz said the Supreme Court’s decision is a good thing.

California’s “good moral character” remains constitutional, as a requirement for a public carry license. The state will still require a permit to carry, regulate the carrying of guns in public places, forbid carrying guns in schools and government buildings, and leave it up to private business owners and property owners to regulate guns on their property.

“The roller coaster of gun control back and forth is exhausting. I hope those that already have it, have it for a good reason, and will maintain that same reason,” Wheatcroft said.

“If more people, more sane-trained law abiding gun owners can get a carry permit and protect themselves….we think that number will increase that more victims will be able to protect themselves from violent crime,” Schwartz said.