San Diego barber gets asked to cut Soto’s hair before 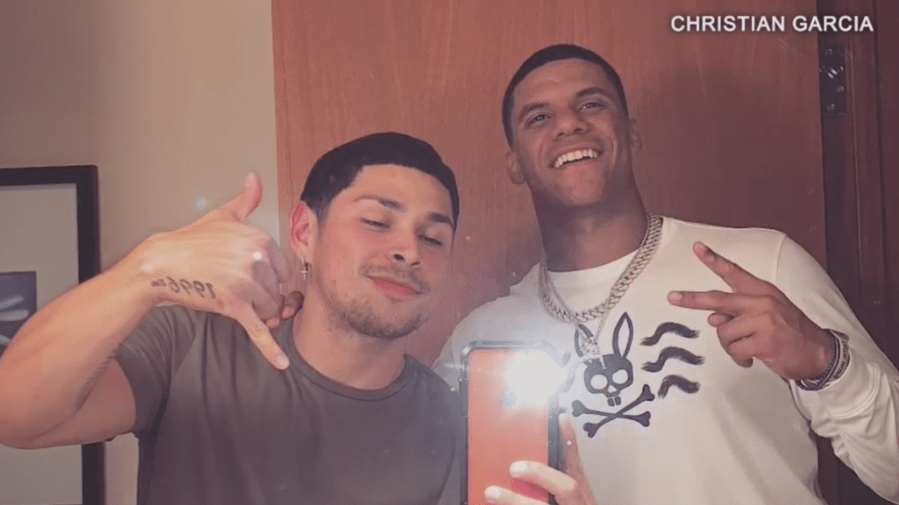 SAN DIEGO – Tuesday was a lucky day for one local barber and San Diego Padres fan.

Christian Garcia, who goes by the name “Rico Suave the Barber” on Instagram, shared a picture to the photo app late Tuesday evening alongside the newly-acquired Juan Soto, the 23-year-old outfielder who has already won a World Series and two Silver Slugger awards in his four year Major League Baseball career.

Garcia told FOX 5 that he was called up by a Padres representative late Tuesday night and asked to report to a hotel in Gaslamp Quarter to give a player a haircut, but the person he spoke to did not share who it was he would be giving a cut to. Upon arrival, the barber found the newly acquired former Washington Nationals player waiting for the trim.


‘Good luck to the other pitchers’: Soto before 1st game with Padres

Soto was just one of two players acquired during the blockbuster deal made by the Padres. 29-year-old infielder Josh Bell was also picked up by the team, marking a reunion for Padres pitcher Joe Musgrove and Bell, who played together on the Pittsburgh Pirates.

Garcia, who works at the Cut Lounge in La Mesa, did say this isn’t his first time cutting a Padres star’s hair, however. The barber has worked with Musgrove in the past, and other pictures and videos on his Instagram page show some of his sessions with Blake Snell, Nabil Crismatt, and Jurickson Profar.

Getting to be one of the first to welcome a San Diego Padre to “America’s Finest City,” however? That’s a first for him.

The barber said that the former Nationals player was humble during the haircut and that he had brought his mom with him to be there for his big moment. Garcia, a major Padres fan, tried to give Soto the cut for free, but the brand new addition to the team did not allow it, handing him $100 for his work.

FOX 5 will sit down with Garcia Thursday morning to talk about his once-in-a-lifetime experience and who he hopes to get to trim next. Tune in at 9:30 a.m. for that interview.

Both Bell and Soto are set to play in the Wednesday evening game at Petco Park, kicking off at 6:40 p.m.