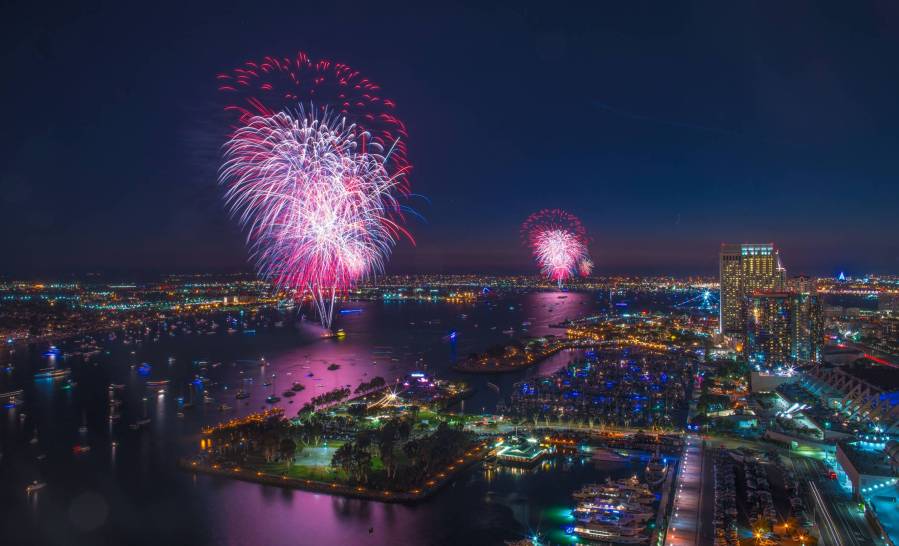 Watch the Big Bay Boom in the video player above starting at 8 p.m.

Fireworks will launch simultaneously from four barges strategically placed across the bay, and FOX 5’s cameras will capture it all from the best viewpoints so you can enjoy the show from home. You’ll view fireworks as seen from the Embarcadero, the USS Midway Museum, Point Loma and Coronado.

FOX 5 anchors Raoul Martinez and Kathleen Bade will host the show from the Hilton San Diego Bayfront Hotel along the Embarcadero, while Heather Lake will be live aboard the USS Midway Museum.

Viewers outside of San Diego County can watch the show on KTLA 5 Los Angeles or FOX 40 Sacramento, while listeners can hear the broadcast live on KGB 101.5 FM radio. A delayed television broadcast will be on Fresno KGPE from 9 to 10 p.m. and on Bakersfield KGET from 10:30 to 11:30 p.m.