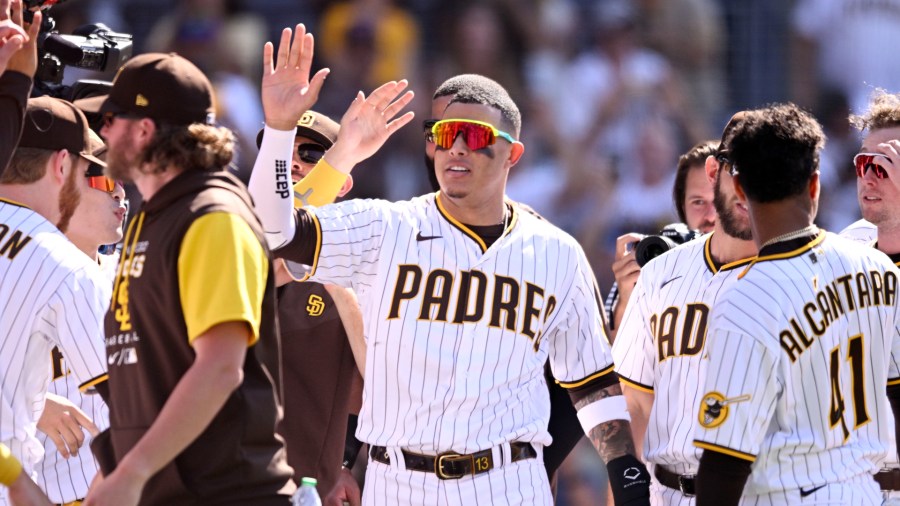 SAN DIEGO — The San Diego Padres are playing like one of the best teams in baseball — even without superstar shortstop Fernando Tatis Jr. — and they’re keeping pace with the Los Angeles Dodgers atop the National League West.

As of Wednesday morning, the team had an excellent 39-24 record. That earns them a tie with the Dodgers for first in the division, and slots in as the third-best record in the National League overall.

It also provides a fitting statistic when you glance at the standings: a .619 winning percentage.

For the uninitiated — 619 is the region’s most iconic area code. It’s used in southern portions of the city of San Diego, in the South Bay and in some East County cities. The 858 area code, introduced in 1999, covers more and more of San Diego County as officials run out of 619 numbers. That makes the area code something of a badge of honor for longtime locals.

The team’s .619 winning percentage came just a few days shy of June 19, or “6/19.” That’s Rey Mysterio Day in San Diego, named for the iconic wrestler who named his “finishing move” after the area code.

Mysterio, whose real name is Óscar Gutiérrez, grew up in southern San Diego and is revered for his high-flying Lucha Libre wrestling style. He enters the ring to the song “Booyaka 619.”

Numerical fun aside, the Padres’ winning percentage reflects a strong start to the season despite the prolonged absence of Tatis, who finished third in voting for National League MVP last year.

Slugger Manny Machado has picked up the slack with his own MVP-caliber start to the season, East County product Joe Musgrove has the lowest ERA in the majors at 1.50 and the team keeps finding ways to win.

The Friars play the Chicago Cubs at 5:05 p.m. PT Wednesday. Win or lose, the .619 winning percentage will prove fleeting. San Diegans are hoping the team’s hot start will not.