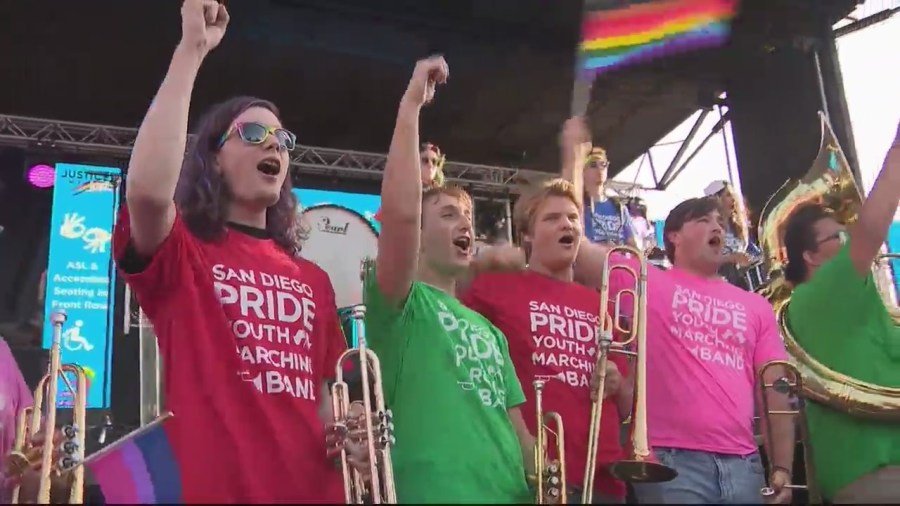 SAN DIEGO — It’s been 53 years since San Diego Pride first marched through the streets of Hillcrest, and now Pride is back in its full form since the pandemic shut down the festival three years ago.

San Diego Mayor Todd Gloria has stepped up the security in Hillcrest after a sting of attacks against recent parades, calling the local law enforcement departments one of the best in the country.

“We have intelligence sharing, we have lots of advanced planning of undercover officers and lots of SWAT team officers here, so people can come here and they can feel safe and God willing, we will have a wonderful, successful pride after a couple of years off,” Gloria said.

Because of COVID numbers climbing, some people were wearing masks, but the outdoors is also helping with ventilation.


Guide: What to know about San Diego Pride 2022

Political forces gathered for the Stonewall memorial speeches, remembering those from the gay community who first fought back against systemic discrimination. The acting governor of California President Pro Tempore of the Senate Toni Atkins says the Hillcrest Pride is acting as a beacon of freedom for other marginalized LGBTQ citizens.

“Celebrate all we’ve gained, but to realize we have got to stand strong and support communities across the country that don’t have the kind of support we have in California and in San Diego,“ Atkins said.

And as the partying and fun begins with all of San Diego looking forward to Saturday’s parade, FOX 5 asked the mayor for the best pro tip for enjoying this weekend’s Pride.