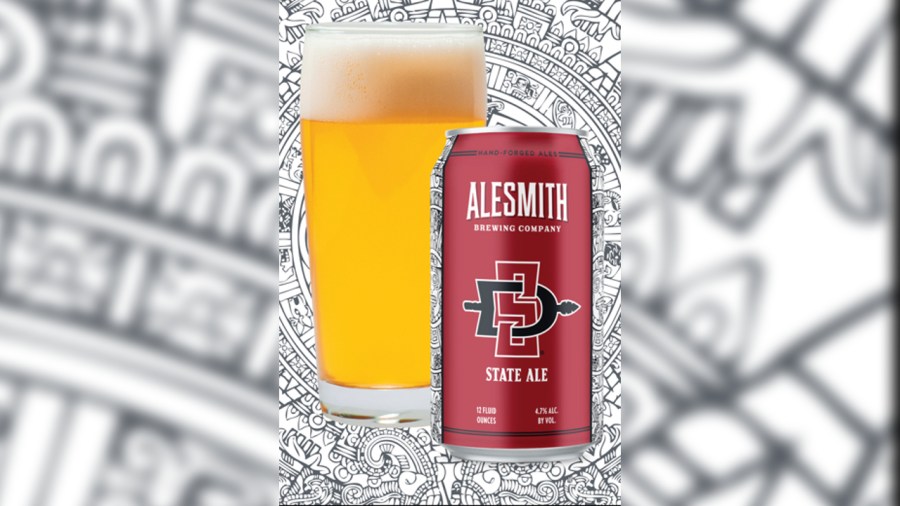 SAN DIEGO — Just in time for the start of San Diego State’s football season and the debut of Snapdragon Stadium, a local brewery has a new beer honoring the university.

“State Ale” from San Diego-based AleSmith Brewing Company will serve as the “official craft beer” of SDSU football, the company announced in a news release this week.

AleSmith describes the beer as an “easy-drinking, light ale” with a 4.7% ABV, making it well-suited to tailgates, backyard barbecues and other pregame rituals. You can buy the beer soon in 6-packs or 12-packs around town, plus grab a beer on draft at the new stadium or local bars and restaurants.


List: These local restaurants will be featured in SDSU’s new stadium

“Starting a relationship and working with my alma mater is an especially exciting opportunity for me and AleSmith,” Richards said in a statement. “San Diego State and AleSmith are built upon similar ethos with a commitment to excellence and our community making this an ideal partnership.”

AleSmith is perhaps best known for .394 Pale Ale, another ode to local sports with a nod to the career-high batting average of San Diego Padres legend Tony Gwynn. It has a sprawling tasting room and brewing facility off Miramar Road.

“We look forward to partnering with AleSmith Brewing, one of the premier craft breweries in the world,” SDSU Director of Athletics John David Wicker said in a statement. “San Diego State shares AleSmith’s similar values of family and community, and we’re excited to have AleSmith as our official craft brewery.”

Learn more about the beer here.