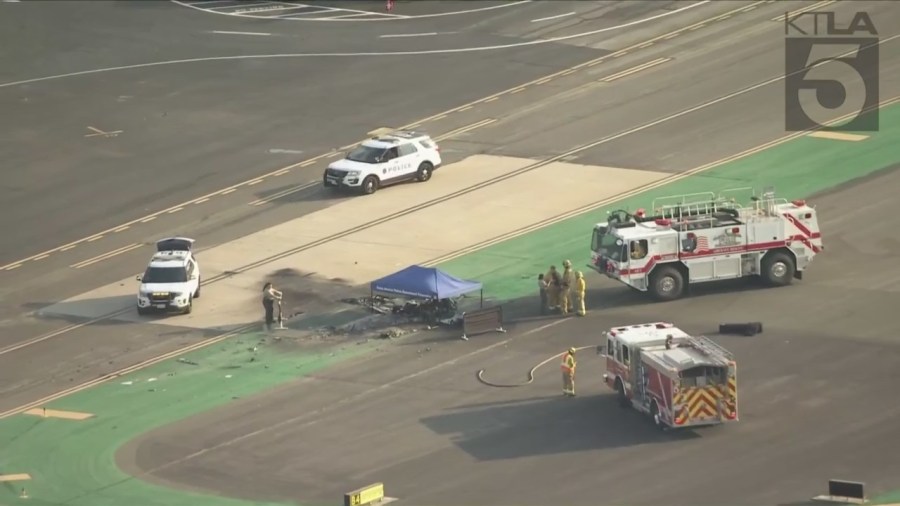 The crash in the 3300 block of Donald Douglas Loop occurred at 4:25 p.m., according to the Santa Monica Fire Department, which encouraged the public to stay clear of the scene.

The two victims were pronounced dead at the scene, according to the Santa Monica Police Department.

Fire officials added that there was “no hazard to the nearby residential neighborhood,” but the airport is currently closed to all air traffic until further notice.

In a statement, the Federal Aviation Administration identified the aircraft as a single-engine Piper Sport.

“The FAA and the National Transportation Safety Board will investigate. The NTSB will be in charge of the investigation and will provide additional updates,” the statement said. “After investigators verify the aircraft registration number at the scene, the FAA will release it (usually on the next business day) on this webpage. You can look up the aircraft by its registration number on this webpage. Neither agency identifies people involved in aircraft accidents.”

“Our thoughts are with the families of victims,” Alvarez said.

Officials declined to release the identities of the victims, the conditions that led up to the crash or any further information.