SDPD: Driver arrested after leading pursuit on I-5 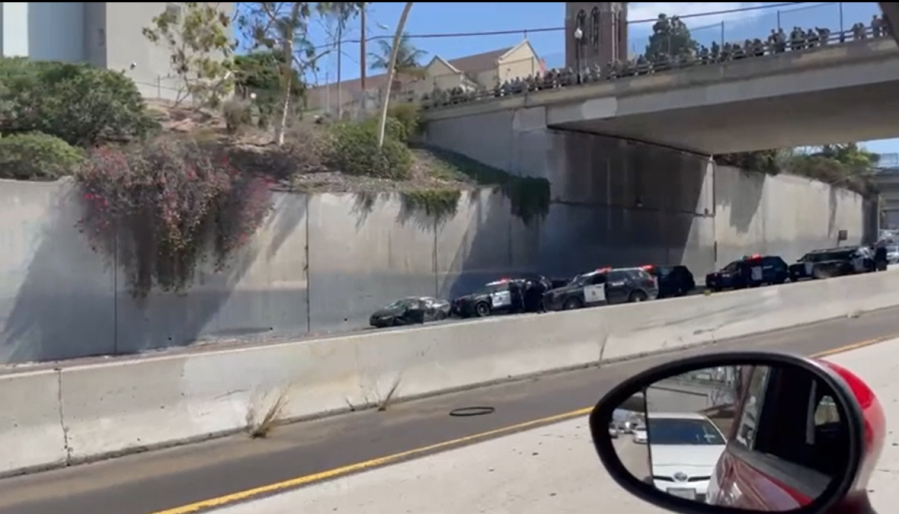 The chase began around 10:01 a.m. at 160 Calle Primera after the driver of the black Honda Civic refused to yield for a traffic violation described as reckless driving, according to the SDPD Watch Commander.

With the help of ABLE, SDPD’s helicopter, the police followed the suspect on the North Bound I-5 all the way to the W. Hawthorn Street exit.

The I-5 North and the South Bound 163 connector to the North Bound I-5 were both shut down due to the chase, according to a tweet from Caltrans San Diego.

With the help of a K-9 unit, the pursuit ended around 10:55 a.m. when SDPD took the driver into custody, authorities say.

The two K-9’s who helped detain the driver were taken to a veterinarian to be checked out.

According to Caltrans San Diego, all lanes have been reopened.