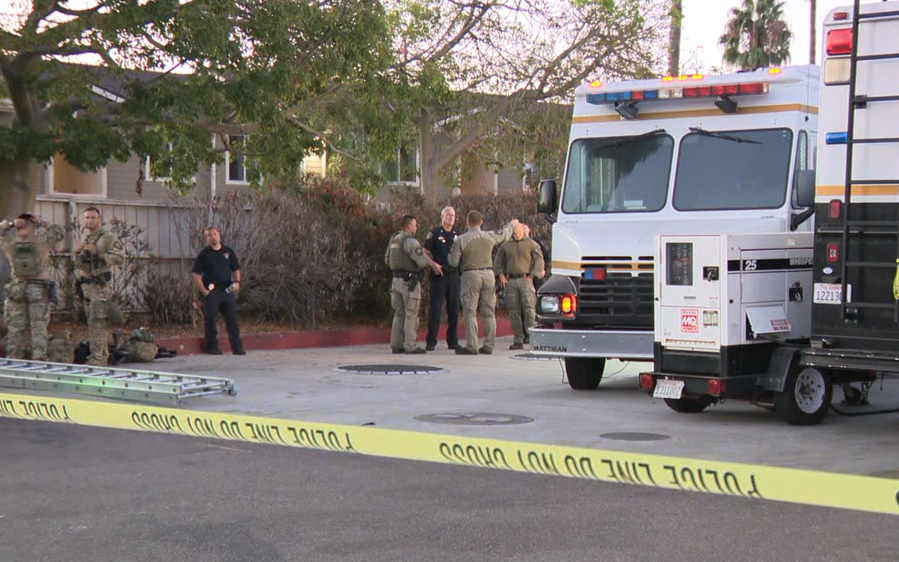 SAN DIEGO — A SWAT standoff is ongoing in the South Bay Friday as police try apprehend a group of people suspected of a shooting, San Diego Police Department said.

Police received a call around 1:00 a.m. reporting that a tow truck driver had been shot in the Palm City neighborhood. The driver was taken to a nearby hospital after being found at the scene and is expected to survive.

As police investigated the incident, multiple people suspected of being involved in the shooting barricaded themselves in a nearby apartment at 2271 Palm Avenue, prompting SWAT units to be called to the scene, an SDPD Watch Commander said.

Police did not immediately clarify how many people were involved in the standoff.

The circumstances that led to the shooting are not known at this time, according to police.

This is a developing story, check back for updates.