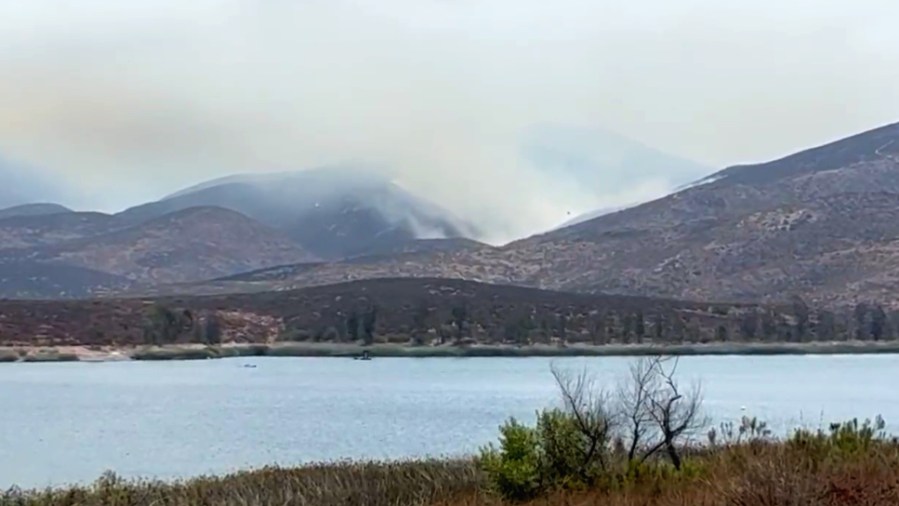 The fires broke out some time in the late morning, east of the Otay Reservoir, according to Cal Fire San Diego, which shared a map on Twitter.

“Multiple small fires” had burned more than 10 acres in the brush by noon, officials said. The flames were about a mile-and-a-half south of Otay Lakes Road.

People in the communities of Otay Mesa, Chula Vista and San Ysidro may see smoke, but as of 1 p.m., authorities had not announce any threat to buildings or evacuations.

Photojournalist Malik Earnest shared video of the smoke rising from his vantage point on the Eastlake side of the reservoir. The clip showed aircraft helping fight the fire.