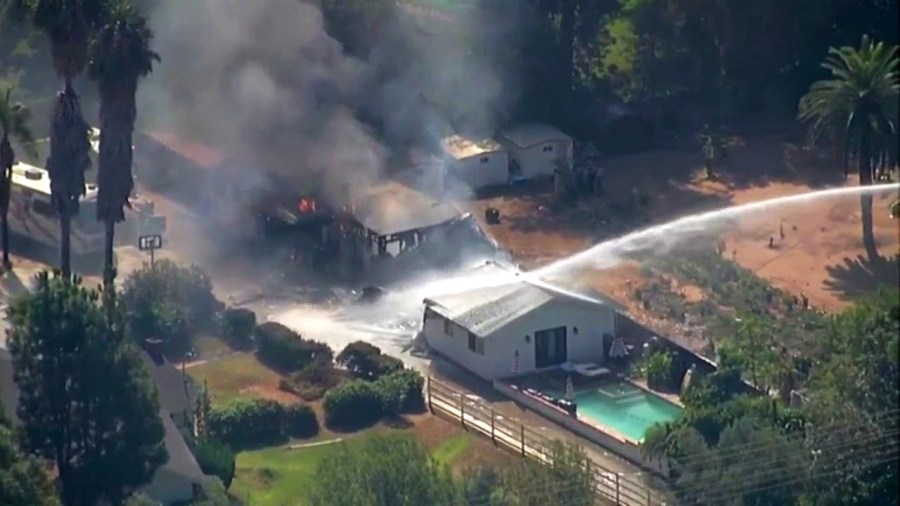 The fire broke out at a house on Fourth Street near Madison Avenue, just north of Granite Hills High School, video from SkyFOX showed. As of 10 a.m., thick smoke was rising from the home and firefighters were spraying a steady stream of water across the property from a raised ladder.

FOX 5 reached out to local authorities and sent a crew to the area to learn more.

The property consists of multiple small buildings, a pool and several parked vehicles, including an RV and a trailer. At least two of the buildings were burning, video showed.