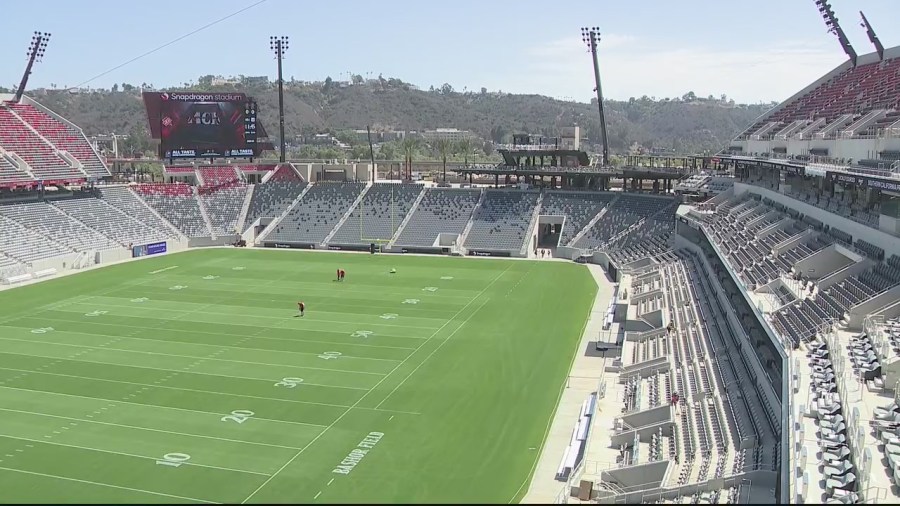 SAN DIEGO — Snapdragon Stadium is ready for fans on Sept. 3 as the Aztecs take on the Arizona Wildcats.

Developers of the stadium made sure the stadium was made for the community not just the university.

San Diego-owned breweries and restaurants are spread across the stadium. There’s even a quote from legendary Padre Tony Gwynn.

The stadium will be able to hold 35,000 people during games, adding 5,000 more spaces during concerts.

“We have a lot of fond memories about this site, it was 130-plus acres of parking lot and it served its purpose and we have not moved on,” San Diego Mayor Todd Gloria said.

The stadium will be shared with San Diego Wave FC and San Diego Legion.

“What we are moving toward is a new state-of-the-art stadium that can provide first class, world-class experiences for athletics right here in San Diego,” Gloria said.