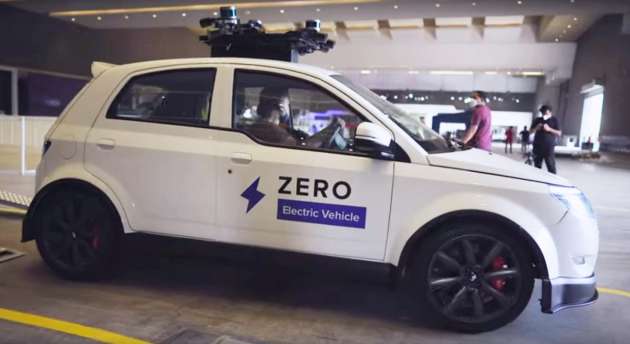 If the exterior shape looks familiar, it is – the concept vehicle you see in the photos is a Proton Savvy, or rather an autonomous driving electric vehicle based on it. Two and a half years in the making, the study is called the Zero, and the company behind it is an Indonesian IT startup called Vixmo.

The Savvy provides the donor platform for the Zero, which was officially revealed at the Periklindo Electric Vehicle Show (PEVS) 2022. The original petrol engine has been replaced by a fully electric powertrain, consisting of a Motenergy ME1616 electric motor producing 33.5 hp (25 kW) and 120 Nm driving the front wheels. This allows the car to reach a maximum speed of 120 km/h.

Since there’s no longer an engine to work the hydraulic pump for the power steering system, this Zero features a new electric power steering system. It also gets a larger brake kit at the front and disc brakes at the rear, complete with electronic parking brake functionality. 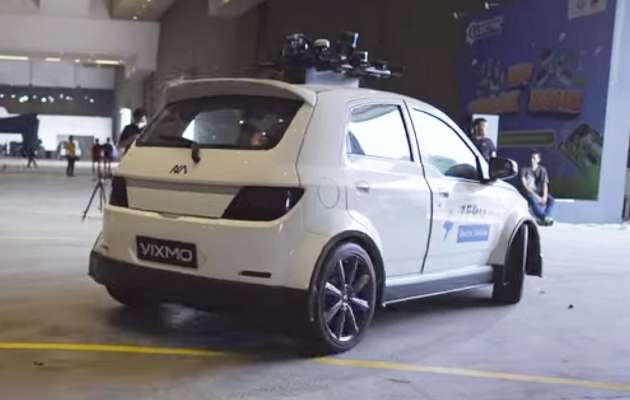 Appearance-wise, the exterior is still unmistakably a Savvy, but Surabaya-based Vixmo has given the car a more distinctive styling through the inclusion of a ventless front grille, redesigned front/rear bumpers and longer side skirts.

The headlamps also feature new internal graphics. Additionally, the fenders of the compact hatchback – which now sits on 17-inch wheels – have been widened, and there’s a new adjustable suspension system, which lowers the ride height. Inside, novelties include a large horizontally-oriented central touchscreen display.

Meanwhile, the car’s roof-mounted autonomous driving system consists of nine cameras, two Lidar sensors and a global navigation satellite system (GNSS) unit. These send data to three mainframe computers located in the boot, which process and then convert them into the necessary inputs needed for the Zero’s driving components to work in autonomous fashion. 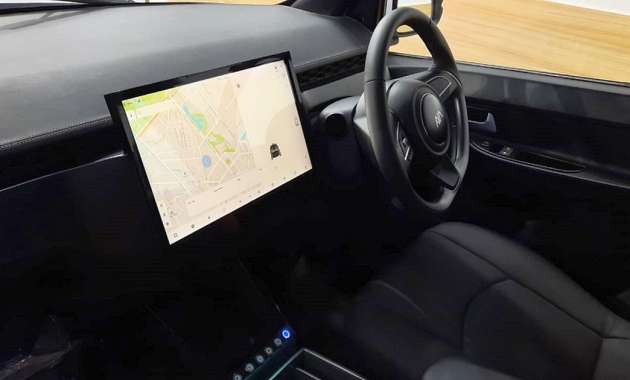 Interestingly, Vixmo has already opened pre-orders for the Zero on its official website. However, the pre-order omits mention of the autonomous driving system, simply stating that the car was transformed into an EV. This is because the matched autonomous driving system has actually not yet been completed due to various constraints, including accurate mapping of road conditions as well as funds, reports Moladin.com.

“The object labeling process is the most difficult. This is because there are too many objects on the roads in Indonesia, unlike abroad,” Vixmo’s autonomous system engineer, Januar Kailani, told the Indonesian news portal.

The Zero isn’t the only offering the company is working on – Vixmo says another vehicle known as the Alpha is on the cards. The company is looking at having the design becoming the basis for a future Robotaxi or shuttle that can carry four passengers.