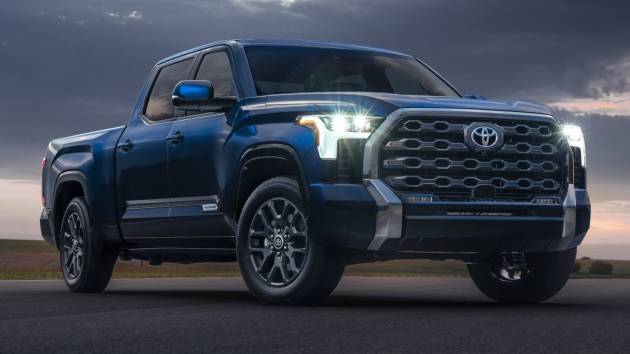 An extensive re-engineering programme is underway for the development of a right-hand-drive version of the Toyota Tundra, which is the Japanese brand’s full-sized pick-up truck traditionally sold in American markets, Toyota Australia has revealed in a statement.

The automaker has partnered with the Walkinshaw Automotive Group for the re-development of the Tundra for right-hand-drive markets such as Australia, for the latter’s experience in this field of work, Toyota said.

Prototype testing for the right-hand-drive Tundra will commence next month, the manufacturer said, and approximately 300 units will be deployed around Australia as part of the final stages of its RHD re-engineering programme, it said. These 300 vehicles will not be put up for sale, and instead remain under monitoring for real-world usage conditions in Australia.

This re-working of the Tundra from left- to right-hand-drive will involve components such as the steering column and rack, throttle and brake pedals as well as shift lever from the Land Cruiser 300, and the examples of the Tundra to be deployed for RHD development will use an inline hybrid powertrain featuring the 3.5 litre turbocharged petrol V6 engine, Toyota said. 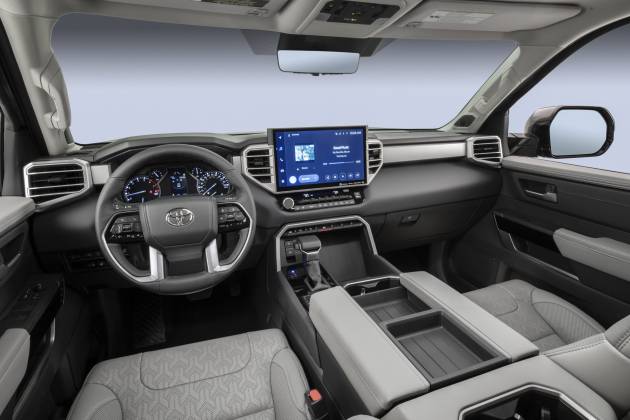 The powertrain within the Tundra line-up that fits the description is the I-Force Max, which situates a motor-generator in the bell housing between the V35A-FTS 3.5 litre twin-turbo V6 engine and the 10-speed automatic transmission for total system output of 437 hp and 790 Nm of torque.

“This is a dedicated re-engineering programme, led by Toyota Australia and made possible by our global partners and is closely supported by our parent company and Toyota North America. It will utilise OE (original equipment) levels of design, development, testing and componentry rooted in Toyota’s deep commitment to quality, durability and reliability,” said Toyota Australia VP of sales, marketing and franchise operations Sean Hanley.

The full-size pick-up truck segment in which the Toyota Tundra is classified includes the likes of the Ford F-150, which also exists in Raptor form. The 2019 iteration of the F-150 Raptor was brought into Malaysia by Hamawangsa Kredit, which previously brought in the 13th-generation F-150. This, like the Tundra, is powered by a 3.5 litre turbocharged V6 driving all four wheels through a 10-speed automatic, with the Blue Oval truck producing 450 hp and 691 Nm of torque.