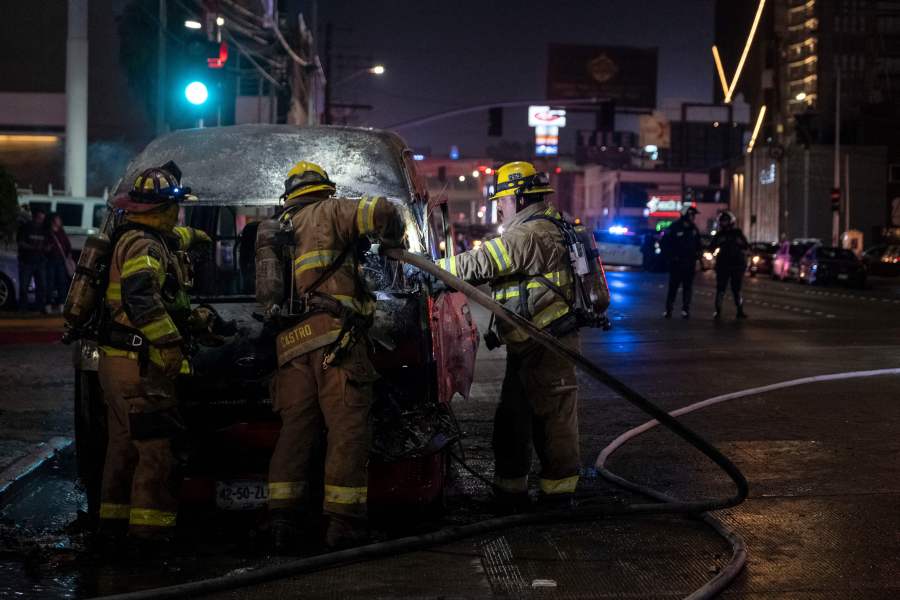 TIJUANA, Mexico – The U.S Consulate advising citizens to avoid Baja California for the weekend after multiple reports of cars on fire, heavy police presence, and roadblocks.

San Diego resident, Douglas Garhartt, travels to Tijuana to visit his partner every weekend and wasn’t aware of the threats until he crossed the border and saw the front of a truck charred.

“Apparently, they pulled the man out of the truck and set the cab on fire to block the road,” Garhartt said.

Garhartt says Tijuana’s streets are typically filled with cars and nightlife during the weekends. On Friday, however, there were no cars on the roads.

Javier Sarrano, a publisher with Baja News, says Baja Californians have never experienced widespread cartel violence like this before. Cartel Jalisco Nueva Generacion sent a message ahead of time, advising residents to stay home, according to the publisher.

“This cartel is announcing they are going to start doing some attacks under their name, so they can call the attention of the government because they want some people from them to be released,” said Sarrano.

The violence comes at the same time as a three-day music festival, Beach Baja Fest, in Rosarito with thousands of U.S citizens in attendance.

Event organizers did not cancel the event and said in part, “we have been working diligently with city, state and federal officials and have been advised that these events were isolated and that all safety measures are being taken in the surrounding areas in Baja to ensure you have a safe and memorable experience” in a statement on social media.


Cartel threatens weekend of mass violence in all of Northern Baja

Baja California Governor, Marina del Pilar Ávila Olmeda, tweeted Friday night that she has been in communication with all the mayors of the affected cities, and communicating with Mexican President Andres Manuel Lopez Obrador.

The Mexican National Guard has been deployed to help reinforce the peace in the region this weekend.