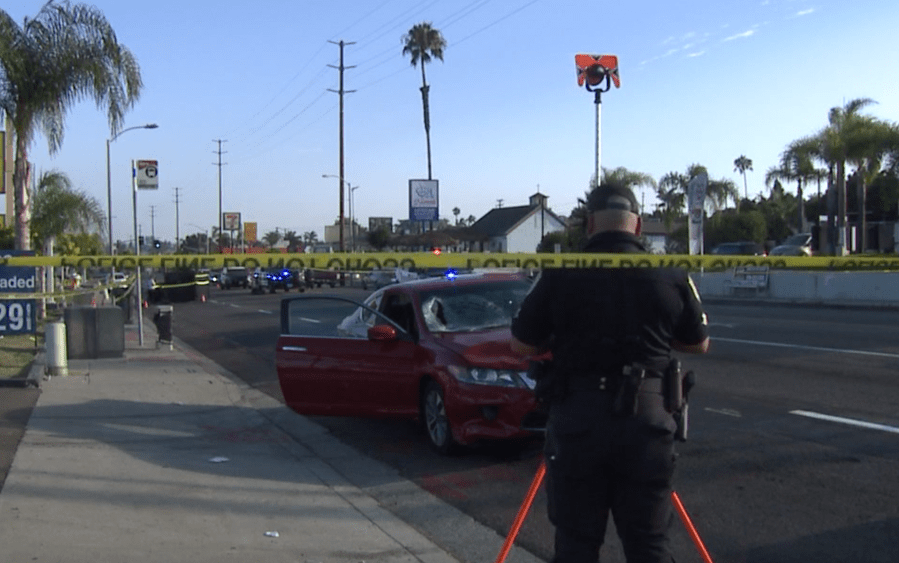 NATIONAL CITY, Calif. — A woman was killed Wednesday morning after being hit by a vehicle while crossing the street, National City Police Department confirmed.

The incident happened around 6:15 a.m. on Highland Avenue near East 16th Street when a woman who was jaywalking was hit by a vehicle, a NCPD public information officer confirmed. The woman was pronounced dead at the scene of the crash.

The driver of the car stopped and is cooperating with police, NCPD said. It is not yet known if the driver will be cited or face any charges as the incident is still under investigation.

The southbound lanes of the 1600 and 1700 blocks of Highland Avenue were closed as NCPD officials continued their investigation into the crash.

The identity of the woman killed in the collision has not yet been identified and is pending investigation from the San Diego County Medical Examiner’s Office.