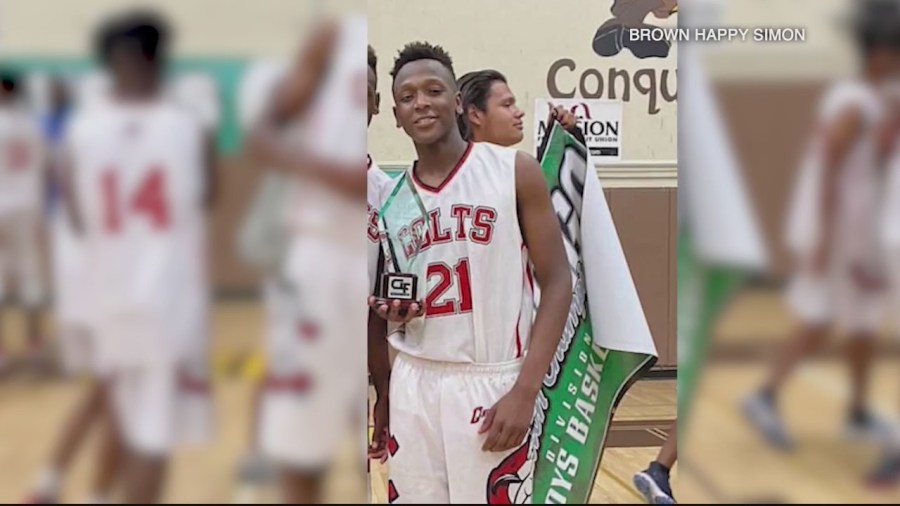 SAN DIEGO — The 18-year-old who was swept into the ocean Tuesday was at Mission Beach celebrating his high school graduation, a friend of his family says.

Family and friends of Woodlain Zachee were on the sand in Mission Beach again Wednesday, gathering in mourning and hoping for news in what officials are now calling a recovery mission.

A close family friend confirmed Zachee’s identity to FOX 5, adding that he is a basketball player at Crawford High School with dreams of going to the NBA. He was with a group of friends at the beach celebrating their graduation.

A lifeguard in a tower near Jersey Court spotted the group of swimmers around 3:30 p.m. that day, noticing one of them was in distress, according to a news release from San Diego Fire-Rescue spokesperson Mónica Muñoz. Lifeguards quickly moved to the area to rescue two teens, but Zachee went underwater and did not resurface.

Officials say rip currents were strong and visibility was low at the time.

A helicopter and lifeguards using a personal watercraft, rescue boats and surfboards spent hours searching the water for any sign of the young man, but did not find him.

On Wednesday, officials resumed their search. Lifeguards were back out on vessels and conducting scuba searches using sonar equipment.

As of Wednesday late afternoon, there was no word of the search team finding signs of the young man.

Loved ones set up a memorial near Tower 16 featuring red, pink and white roses, the No. 21 spelled out with seashells and a heart drawn in the sand with the letters “WZ” — Zachee’s initials and basketball number.

“Woodlain … this is the guy you want on your team,” Simon continued. “He wanted to graduate high school, wanted to go to college, he wanted to get his shot at the NBA. This is a driven, talented guy.”