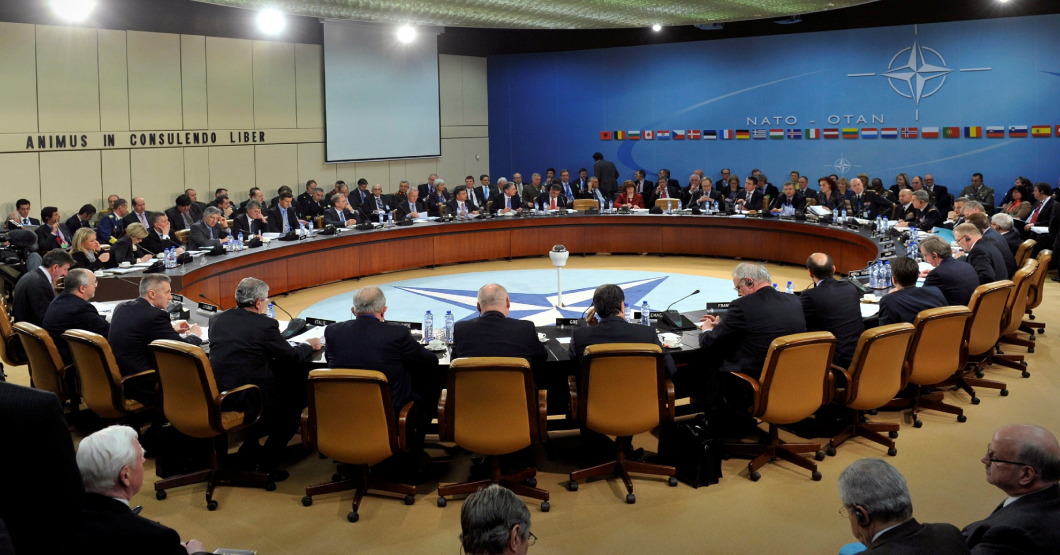 Angelo Codevilla, who died last September, was America’s Cato. His great sternness of speech and unfailing opposition to political corruption, combined with the simplicity of his way of life and the integrity of his conduct, serve as a stinging rebuke to the madness that passes for sophisticated and even expert opinion on foreign affairs. He did not debate with fools, however celebrated, but was wise enough to thunder instead. Those few who presented arguments he treated with the salutary harshness of the teacher of American political history he was at his core. Thus, he tried to save America from the folly of unending wars in the Middle East and malfeasant defenselessness in face of enemy missile attacks.

Yet America is not Rome. We do not honor those who defend our character and thus secure the blessings of liberty to our prosperity. It is left to those of us who learned from and admired Codevilla to keep his memory alive by returning thoughtfully to his analysis of our political predicament. All sides admit that Americans are no longer friends or even agreed on terms of shared citizenship. Yet we are none the wiser for experiencing the civil strife he predicted and hoped to forestall, palliate, and, eventually, remedy in the strongest way available. If we are to learn about our malady and cure ourselves in this confused situation, we must begin by shedding the prejudice according to which we blame the bearer of bad news. Codevilla alone among our historians and political writers reminded us in his prose of the great old ones. This makes it as difficult as it is necessary to learn from him. Our writers on war usually affect a professionalism that debases whatever experience some of them can boast, and they lack the ennobling vision of American continuity from the great Washington to our days. They are wedded to a jargon that they use to conceal their unseriousness. Now, after so many shameful defeats and retreats, such language only serves as a fig leaf for cowardice.

Codevilla wrote about war in a spirit that could be called war-like by those whom he admonished, to say nothing of the elites whom he execrated. This is a mistake of interpretation; he did not have the evil mind of the polemicist or the partisan. He wrote as he had to, in light of the news he brought—having learned from Thucydides that war is a violent teacher. Above all, his modesty shines forth in his truth-telling, forever reminding us that we can be masters of ourselves, but not masters of world events. We are free to learn, but not free to fantasize.

The Noble and the Idealistic

Codevilla’s posthumous America’s Rise and Fall among Nations: Lessons in Statecraft from John Quincy Adams is the closest he came to penning a history of America. It recalls his career as a college professor. He begins with sequential analyses of the foreign policy of the Founders, all the way to Teddy Roosevelt, the last statesman he respected. Then, he narrates the catastrophes wrought by the Progressives who attempted to found America anew in the 20th century. He concludes with a significantly longer series of applications of the teaching of the Founders to the problems of our time. These were caused by Progressive ambitions, which urgently demand our attention. His purpose altogether is to teach us to mind our own business and in turn when we think about other powers, that we may let them mind their own business and prevent them from meddling in ours. His is the only teaching on foreign affairs that breaks with Progressive pieties entirely. Thus, he makes it possible to think of a non-derivative, non-parasitic policy for the Republican Party. The book is short, so that the reader can experience its full power in one day, as well as return to it whenever he needs to rethink a specific matter in detail. I believe Codevilla intended it to foster a new study of American statecraft that would turn most of the chapters into entire volumes of history.

How are such purposes to be achieved? John Quincy Adams is Codevilla’s protagonist because he best embodied the type of man our youth should learn from and admire:

As we will see, although J. Q. Adams did not invent any principles of statecraft, neither adding to nor subtracting from what Washington, Hamilton, and his father had prescribed, his dispatches, diary, and memoirs specified and applied their principles in a way that constitutes a comprehensive course of instruction for international relations in general, and for American statecraft in particular.

One can almost call the younger Adams the first child of the American Revolution, the paradigm for the country’s much-needed new governing elite. America again needs such an elite and it is most prudent to teach by imitation. The tract is therefore best understood as Codevilla’s attempt to educate spirited young men to political greatness. One important sign of this intention is the unusual beauty of the writing and the occasional touches of piety.

If nobility of character is to become our concern, we must ward off the temptation to counterfeit it—primarily through idealism. In the last century, idealism has acquired a very good reputation even as it has lost definition. The word now seems merely to describe the attitude of the devotee of Progress. To see how pernicious this language is, notice that it is a substitute for patriotism, almost invariably preferred by those who spit on America. Perhaps the association with ideas gives idealism its prestige—perhaps the suggestion that it’s all about justice. But a serious man like Codevilla analyzes idealism as the selfishness of the coward, an attempt to hide self-interest behind humanitarianism, well-wishing to mankind while acting to get good things for oneself. The most obvious difference between idealists and patriots is that the patriots sacrifice themselves, but not idealists, who are often remarkably rich and comfortable. Idealism has suffered nothing, for example, from the various political catastrophes of the 20th century, which should have buried the belief in Progress.

In polemics, the most thorough contradiction is the wisest, and Codevilla thus dedicates his discourse to offering America First as the comprehensive political teaching from the Founding to our day. It offers the most thorough repudiation of the ideas and institutions of Progress, which are invariably international in form and purpose, multilateral, and removed from the scrutiny, much less the accountability, of the American people. The entire analysis is guided by the opinion that Progress, the faith of our elites, is essentially anti-American—not by accident, but by design, and not in part, but wholly. Elite corruption, for Codevilla, includes both their intentions and their actions. He accuses them of treason, since they wish to pursue the good of other institutions or political regimes instead of America’s, and of incompetence, since whatever they set about doing fails. Consider how elite gambles everywhere from the Middle East to China have turned out.

Codevilla’s account of the political corruption we see all around us—elites incessantly making moralistic statements about America and mankind which they have neither the art nor the willingness to make good—is fairly simple. First, American elites in the generation after the Civil War learned from their much more sophisticated European counterparts about Progress, gradually becoming humanitarians of various stripes, from the pacifist to the imperialist. Secondly, American elites found themselves sitting atop world history at the end of World War II, not only unharmed in territory, industry, or population, but armed to the teeth and victorious. Thus, elites conceived a new end for policy and found new means to secure it—no longer would Americans mind their own business; no longer would American elites even countenance the decency of this principle of moderation and justice; American elites would henceforth mind the world’s business—and they would also compel Americans to do likewise, humiliating them and punishing them every time they disobeyed.

The achievements of this astonishing empire—the power of a historically unprecedented military, to say nothing of American technology and commerce—have not inspired confidence in Progress. We no longer have titans like the Roosevelts—we have Clintons and worse. But this degeneracy is not limited to elites; the American people are worse off in important ways. Society is devastated, from marriage and family to civic education and religion. We are unhappy because we despise ourselves, often rightly, and we blame each other across partisan lines for our decadence, because we cannot bear it. To restore ourselves to political virtue would be a task comparable to that of the Founders or of Lincoln. Codevilla foresees a conflict in which we either redeem ourselves or collapse. In three generations since the shining moment of victory in World War II, we have been reduced to this shame. Codevilla suggests blaming our elites, stoking the anger of American populism, and restoring our moral purity by returning to our foundational teachings.

We have become prodigal and must atone. By understanding our vices and weaknesses through his account of 20th-century failures of statecraft, we can learn to deny our elites the right to punish the people like a wrathful god. Codevilla points out that our elites did not react to 9/11 by apologizing to the nation for failures at every level from the FBI and the CIA to the Pentagon to the State Department. There were no resignations, no investigations of malfeasance or misfeasance, no shame upon our most honored and most rewarded citizens. No, they decided to punish us with the TSA and DHS and any number of unwinnable wars that ordinary Americans must fight and pay for.

Codevilla also points out how cheap it is to buy American politicians. Weak despotisms in the Middle East, like tiny Qatar, use their oil wealth to lobby D.C., to line the pockets of any number of members of the foreign policy institutions, in and out of government, and to pay think tanks. Many other such fake states that have resulted from the fantasies of Progressive elites play a part in our national policy. Qatar thus hosts al Jazeera, the major purveyor of anti-American propaganda in the Middle East, which has a non-trivial connection to thousands of murdered Americans. Why do we permit this? Because we are ignorant. Why do our elites permit it? Because they keep us ignorant while they themselves get rich.

Endless outrages are committed against the honor of the United States around the world, because they are committed first by our own elites. Without restoring that honor, nothing, not even very expensive wars that last decades can change things. Only when we rise above such humiliations will we aspire to virtue. Only then will we be able to summon men who love the country and will do what needs doing. That’s what Codevilla means by putting America first and why he summons as guides the Founders who faced greater difficulties more masterfully than any subsequent generation. In the comparison, we should learn to be ashamed to tolerate those that make up our foreign policy elite today. How else can we ever hope to recognize, attract, and promote our better men?