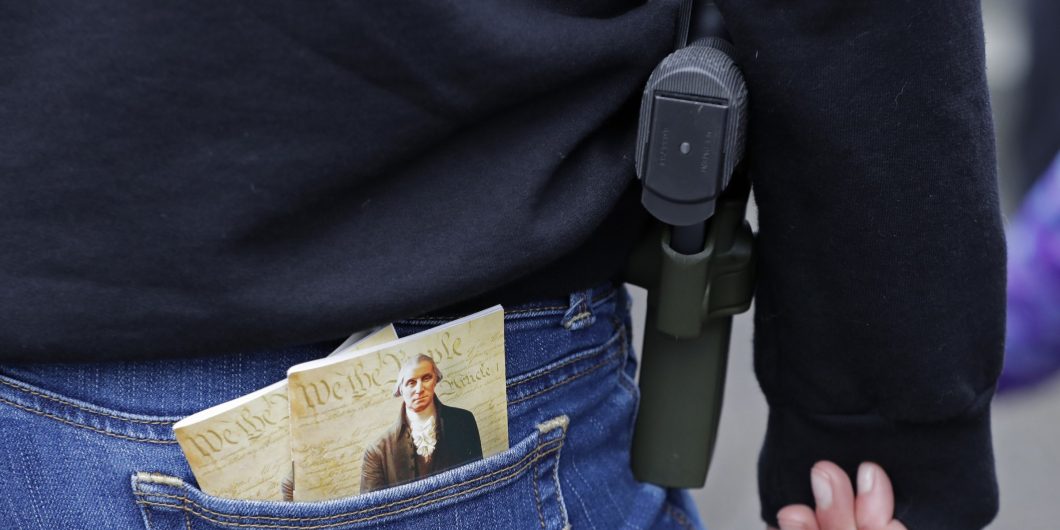 The Supreme Court has just finished its most momentous term in over five decades. For the first time in almost a century, a majority of the justices are originalists, at least under a broad definition of the term. And unsurprisingly, originalism emerged as a driving force in constitutional law. At times, it operated beneath the surface of an opinion: Academic work debunking the nonoriginalist concept of “separation of church and state,” for instance, permitted the Court in Carson v. Makin to treat the free exercise clause like any other right without an atextual penumbra emanating from the Establishment Clause. But in New York State Rifle and Pistol Association v. Bruen, originalism was very much on the surface, not only governing the Second Amendment, but perhaps changing the approach to the adjudication of constitutional rights more generally.

Beyond its holding that individuals have a right to bear arms that cannot be denied at the discretion of government officials, the Bruen opinion has at least three important implications for originalist theory. First, it considers carefully how the right to bear arms would have been expected to be applied both before and around the time of its enactment. It thus endorses “expected applications” as a way to give a provision concrete meaning. Second, many, if not most, of these expected applications derive from legal context—both how the Second Amendment reflected previous law and what subsequent law said about how it was to be applied. It thus suggests that this constitutional provision which seems on its face to be written in ordinary language may require a legal gloss to be fully understood. Finally, Bruen stands for the proposition that legal doctrine can be derived from a provision’s original meaning.

Bruen concerned a New York statute that required a license to carry a concealed pistol outside the home—a license that would be granted only if the applicant could demonstrate a special need over and above a generalized interest in self-defense. The Court struck down the law, because it prevented a law-abiding citizen with ordinary self-defense needs from exercising his right under the Second Amendment to bear arms.

It was easy enough for the Court to decide that there was a right to possess arms outside the home. After all, the Second Amendment guarantees the people the right to “keep and bear arms” and the word “bear” typically means to carry. Moreover, it appears in the Second Amendment in conjunction with “keep,” which already covers the right to have a gun at home. What was innovative in Bruen was the Court’s treatment of deciding the extent to which this right could be restricted. Courts of Appeals had typically assessed the government’s interest in restricting the carrying of guns by balancing that interest against the individual interest in carrying a gun. But the Court emphatically rejects that approach, holding that the very existence of the right precludes it from being balanced away. Instead, it asks the question of whether the restriction is analogous to historical restrictions—ones that serve to show the boundaries of what was meant by the right when it was created.

The Rise of Expected Applications

Thomas clearly embraces expected applications. To determine whether restrictions are consistent with the right to bear arms, he looks to laws passed around the time of the Second Amendment’s enactment that were considered to be consistent with it or with similarly worded provisions in state constitutions. He also considers English law that impinged on that nation’s generally accepted right to bear arms. To be sure, the expected applications on which he draws are often the strongest kind. They represent actual laws restricting the right, and sometimes these laws were adjudicated in court. They thus provide stronger evidence than expected applications derived from the statements of a single individual saying a law would or would not violate a constitutional provision. But nevertheless, Thomas is deriving the boundaries of the right from principles that he infers from specific applications at the time.

This method makes his interpretation of constitutional provisions more concrete than would a neglect of such applications. Ronald Dworkin, Oxford’s late Professor of Jurisprudence, famously was able to claim that he too could be originalist by taking provisions at a very high level of generality, treating them as abstract concepts. But Thomas is doing the opposite. He is cashing out rights by their relevant historical applications.

There is also a debate about whether the Constitution has a legal or ordinary meaning, that is, whether its text is fully accessible to lay people (perhaps with the exception of legal terms of art, such as “letters of marque or reprisal,” that signal their legal meaning on their face). In Bruen, Thomas begins by looking at the ordinary meaning of the word “bear.” But to discern the scope of the right more precisely, he looks at its history in English and contemporary law. This approach suggests that the exact meaning of the Constitution is legal even when the words do not signal they are terms of art. In other words, no lay person could understand fully the contours of the right to bear arms without understanding its preexisting and contemporary legal gloss.

This view is consistent with one that Michael Rappaport and I have put forward, arguing that a document like the Constitution with hundreds of clearly legal terms and hundreds of other potentially legal terms much be understood as a document written in the language of the law. To be sure, an ordinary person can grasp the essence of the Constitution, but to capture all its nuances, a legal perspective is needed. That proposition is not surprising. Lay people recognize that even with documents they sign and are written in their name, like wills and contracts, they need to consult a lawyer to understand its full meaning.

Another debate in constitutional theory is the existence and scope of what is called the “construction zone.” Some originalists, while defending the obligation to follow the discoverable original meaning of a provision, concede that much of the Constitution is too indeterminate to decide many cases. As a result, when the meaning runs out, a zone of construction rather than interpretation appears. These originalists argue that jurists in this zone must construct rather than simply interpret the Constitution, relying on information other than materials related to a provision’s historical meaning to make decisions. These inputs may include a variety of considerations, such as the consequences of the decision. The means-end balancing test that lower courts applied before Bruen might be seen as a quintessential construction, as it focuses on a judicial balancing of consequences, not an inquiry into meaning.

But Thomas’s opinion certainly engages in interpretation, not construction. He looks at the historical expected applications of the clause to infer the principles that should govern today. Mike Rappaport has suggested in conversation that originalism, rightly employed, can generate legal doctrine, greatly reducing the need for constitutional law to rely on judicially fabricated doctrine. Justice Thomas in Bruen suggests that the original meaning of the Second Amendment will generate doctrine to a very substantial extent

The Limits of Bruen

It is important to note that Bruen leaves some methodological matters open. First, Justice Amy Coney Barret noted in her concurrence that the Court had not decided on the significance of post-enactment applications or whether the meaning of the Bill of Rights should be decided at the time of their enactment or at the time of the Fourteenth Amendment, which the Court has interpreted to apply these rights to the states. These two lacunae are related. The Court’s consideration of antebellum applications might be understood not merely as post-enactment applications of the Second Amendment as enacted in 1791, but also as pre-enactment applications that contributed to the understanding of the Second Amendment as applied through the Fourteenth Amendment in 1868.

Second, the methodological moves of Bruen cannot necessarily be imported immediately to the rest of constitutional law. The Supreme Court faces little precedent in its decisions on the Second Amendment and thus its opinions can proceed with greater methodological degrees of freedom, because its methods will not upset the established legal order. Methodological change is much more likely to upset areas of law planted thick with precedents. That disturbance might not upset Justice Thomas, who is willing to overrule any precedent that is clearly erroneous. But no other justices may share that view, let alone a majority of the Court.

Nevertheless, Bruen is a hugely significant opinion for originalist theory. It endorses a historically and legally infused originalism that uses the expected application around the time of enactment to reduce abstraction and make constitutional principles concrete.