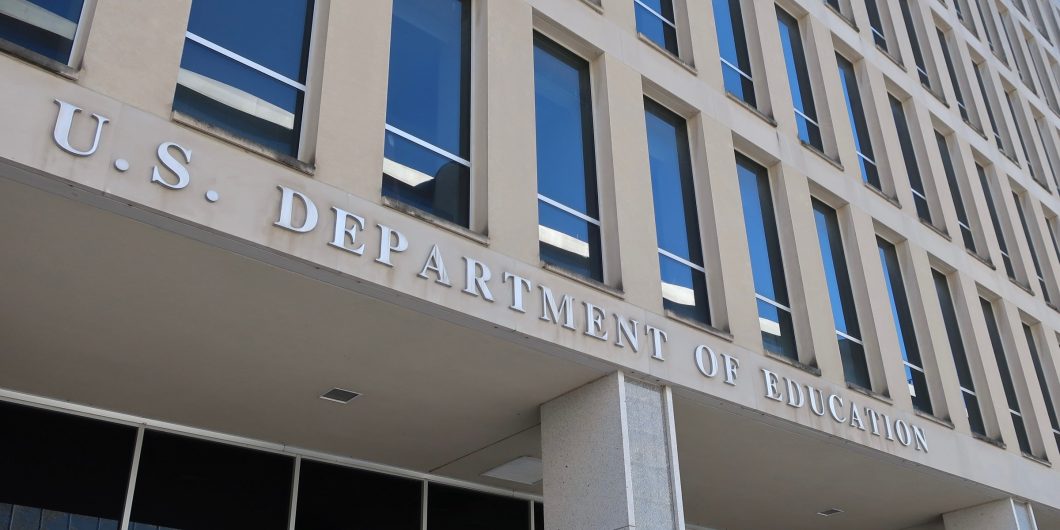 The Biden administration’s recent move to forgive up to $20,000 of student loan debt generated a voluminous amount of commentary, both in favor and against the policy. Out of the many assertions worth addressing, though, the claim that the policy represents a “gift” to a generation of students reeling under the financial burden of paying off college tuition is hardest to sustain.

The use of the term “gift” came from both the left and right. In telling critics of the policy to “get over” their anger, columnist Robin Epley called Biden’s decision “an incredible gift that will change millions of lives forever.” Coming from a more critical perspective, Michael Brendan Dougherty wrote in National Review that debt amnesty was a “grotesque gift” to the rich. Similar use of the term “gift” to describe the president’s action can be found here, here, and here.

But is the Biden administration’s loan “forgiveness” really a gift?

Having recently published an article on the importance of gifting rituals for free market efficiency, our answer to this question is a resounding “No!” Government debt forgiveness is not a gift. Nor are corporate and agricultural subsidies, emergency aid, and all other welfare entitlement programs one could think of. Considering such policies as “gifts” devalues true, sacrificial gifts, and gives citizens the impression that government is a benevolent entity that exists to overcome the self-interested cruelty of the private sector. Worst, it undermines our understanding of the role gifts play in the economy.

What Is a Gift?

We all know a gift when we see one. It represents a voluntary offering of resources to another person without them necessarily requesting those resources. A gift is an act of personal sacrifice at the very basic level. Granted, individuals do write up Christmas lists or generate wedding gift registries to signal what they would like to receive, thereby making preference coordination a bit easier, but at their core gifts are meant to be freely given resources to another that do not require a mandatory exchange of resources (or money) as would take place in a typical commercial transaction (e.g., buying bread at the grocer). It is important to note that it is the giver who bears the costs.

Gifting is a bit more complex than just sacrifice, though. Many instances of gift-giving are embedded in public rituals that involve gracious receiving and reciprocity. Although gifts are said to involve a sacrificial offering with no expectation of anything in return, the social norms that surround gifts involve being thankful as a recipient and offering something in return (other than cash). The hosts who receive a bottle of wine from a guest at their party show appreciation for the gift by sharing it with the company, and when they in turn become the guest, it is implied that they will show up with a nice vintage in hand. As a society, we further embed these giving and receiving practices in public rituals so as to signal the importance of being able to sacrifice when called upon and to be grateful for what is offered to us.

In our article, “The Dynamic Efficiency of Giving,” we made the case that all of these elements—sacrifice, reciprocity, ritual, and public visibility—are essential to building generalized trust among dense and diffuse networks of individuals. Given that prosperity is dependent upon expanded markets, and that expanded markets move us into the realm of relationships with quasi-anonymous strangers, being able to trust that the merchant or business partner we don’t know well will make amends for any problem that arises is crucial for us to maintain a vibrant commercial society.

The debt forgiveness policy is an artificial attempt to develop sociality. Forgiveness sounds like a nice virtue that we want to cultivate. However, the problem is that the policy does not require any individual sacrifice. For a gift to be genuinely sacrificial it needs to be voluntary and borne directly by the person making the decision. Gift sacrifices require an act of imagination and a desire to begin a gift relationship. The new loan policy merely transfers the cost of the subsidy to others who were not directly asked to bear that burden. Often these persons don’t even understand the ways in which they are paying for others’ benefits. There is no voluntary sacrifice here, only coerced transfers.

Secondly, though not as important, reciprocity or even graciousness are absent between those that pay for the transfer and those that receive. What, and how, can those receiving the benefit (debt forgiveness) give those who paid the costs of that policy? One may argue that the knowledge students received in their college courses will benefit the world with higher rates of productivity and innovation, but such benefits are widely diffuse and uncertain, at best. Moreover, while education certainly has some positive spillover, the majority of the college investment is reaped by the graduate in the form of higher wages.

The real “reciprocity” is one that removes those who bear the burden and transfers it to those mandating the sacrifice. Party politics and rent seeking reflect a type of quid-quo-pro. Biden is expecting some return of votes at the ballot box for massaging a key political constituency. But this is vote buying, not a genuine desire to enter into a reciprocal sacrificial act that reinforces social ties through the sharing of resources. The person receiving debt forgiveness would just be voting for politicians who will keep shoveling benefits their way and imposing the cost on others—the typical political game.

In fact, it is not uncommon to hear people talk about this in terms of entitlements, something that explicitly forges any concept of reciprocity. Yes, some debt relief recipients may be thankful, but their thankfulness is displaced or misdirected due to the abstract nature of the relationship between tax expenditure and tax receipt. Yale philosophy majors are not hugging their plumbers and auto mechanics for letting them get a diploma. For example, the term forgiveness obscures the economic reality that revenues are being decreased and must be made up elsewhere through taxes, borrowing, inflation, or decreases in other expenditures.

The ritualistic aspect of gifting is absent here too. The process of developing ritual is one of discovery. We learn about ways to help each other and to provide the types of incentives that make people cooperate. In this policy, we are assuming that one-time recipients of Pell Grants are worthy of $20,000 in debt forgiveness regardless of what degree they sought, what career they started, or what other choices they made to repay their loans aggressively or not. Similarly, those that make $124,000 a year are worthy of full forgiveness while those that make $126,000 a year are worthy of nothing.

This is not ritual; it is expediency for the sake of a public announcement going into an election. There is no time to discover, much less create, a policy that provides good incentives for borrowers. The purpose of ritual is to imbue certain values and behavioral norms within a population, but the debt forgiveness is a one-time act . . . or so we might guess. If it does become a repeated policy, it is nothing more than an expected entitlement for which one owes nobody in return. Entitlement does not teach any values regarding sacrifice or graciousness, but rather creates a moral hazard problem that perverts responsible behavior both on the part of future debtors and colleges.

Government Does Not Give Gifts

Governments are charged with enforcing rules of justice, not creating social norms. Gift-giving is an organic process of creating virtues, norms, and social relationships (both dense and diffuse). Gifting and government policy cannot be conflated, even by the most optimistic of zealots; the process just isn’t the same.

What we see in gifts explains why so much of life functions outside of the formal structures of government. The discovery of relationships, norms, and social ties is a human process of discovery and relationship building. It is messy and exciting. But great things happen, like charitable gifts of debt forgiveness by benevolent individuals as happened recently at Wiley College. Here, the surprise act of individual sacrifice brought genuine tears of joy (an indication of thankfulness) to the recipients. And even though it was anonymous, this true gift forged the idea that there are people in the world who will be there in times of need, not out of a policy mandate, but because people truly do care for one another in civil society.

Acts of sacrificial generosity by individuals are life-changing and inspiring events. Those are the true gifts we cherish and celebrate ritualistically, hoping to teach generations to come of all that is good in the human heart. We wouldn’t want this to disappear into the background of political jockeying for most favored constituency status among those receiving transparent political handouts. Policies that are coerced and not given freely cannot be gifts. These policies are hardly charity or love, and they certainly are not gifts. Granted, some of this aid or assistance might be justified, but it should be seen as being done out of necessity and not charitable love.

The Economics of Life –

Ethereum (ETH) Could Bottom Up Above $1.5k in a W-Formation