Not the End of Politics – 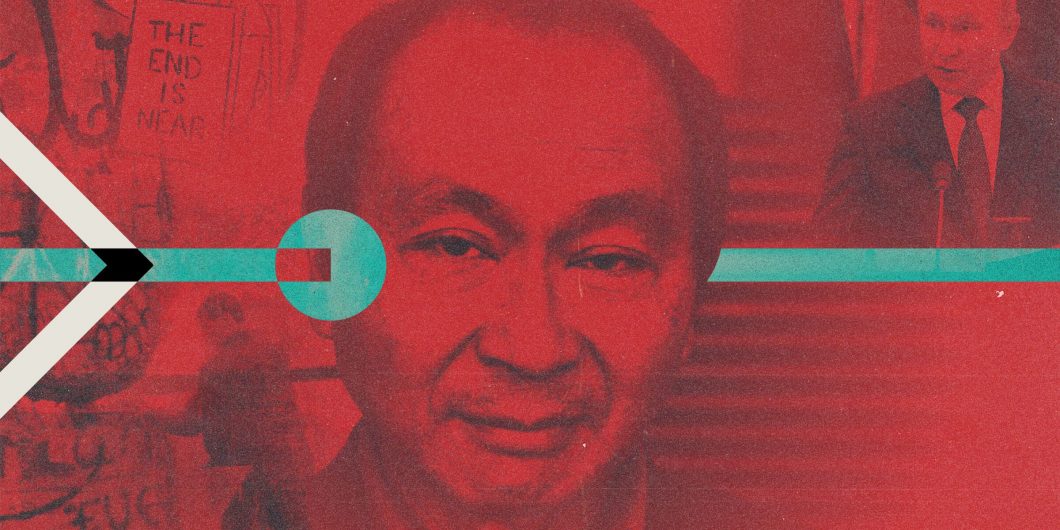 A sign of a great book is that 30 years after its publication it remains polarizing. In our forum, Paul Miller and I admire Fukuyama’s achievement; Paul Seaton and William Hay not so much.

The Seaton-Hay position—the faults they find with Fukuyama are near identical—is that Fukuyama has too little political awareness because he is overly taken by the twin illusions of History and Humanity. On this reading, Fukuyama is a Comtean positivist, blind to the baleful consequences of his illusions: a politics of depoliticization and a loss of confidence in democracy as well as denationalization and cosmopolitan individualism.

For sure, Fukuyama has his blind spots, but is he a deluded political ingenu? For Fukuyama, the history of politics is ugly, and it would be good if its enormous suffering ended: if the promise of Easter—the leopard shall lie down with the kid—might be approximated. Part of this approximation is government commitment to rule of law, with a competent and representative civil service, backed by the know-how of the division of labor. In principle, such an establishment would give both recognition to all and liberty to individuals to grace the world with their talents. This bright account of establishment marks the first half of the book, but the entire second half of the book, the part on Nietzsche, is dark. Multiple are the reasons that man the esteemer—Nietzsche’s phrase—will refuse peace. Men want to speak with their chests, so the grim body count of politics will multiply. As Miller remarks: “Fukuyama explicitly said that wars would continue and democracy would not effortlessly spread worldwide.” Miller offers an important reminder, commonly forgotten.

What I think Fukuyama missed is that the “irrationalisms” of populism—like the role of the sacred—are not negative nuisances to be done away with, but critical to humane politics. I think this is what the Seaton-Hay position is getting at, and Miller sees it squarely. The book is not called The End of Politics, for left unresolved was how best to integrate establishment and populism. Fukuyama was completely aware of this, but his rationalism blocked from view vital elements of common life.

Hay and Seaton have more of a problem with his rationalism than Miller and I. They think the West’s analytics of the division of labor and scientific method have a dark undertow. Seaton quotes Solzhenitsyn that technology is “an intricate trial.” Hay says it is dehumanizing. Hay prefers Adam Smith’s version of history to Fukuyama’s, but The Wealth of Nations is the effort to write a universal history: detailing the implications of the division of labor and asserting that, on balance, it should be facilitated. This is Fukuyama’s point, too. Is there a dark undertow to the division of labor? Yes, and Smith documents it in detail. Is there a better alternative? No. Even thinking of an alternative able to support industrial growth was the nut Marx could never crack.

The Enlightenment hit upon, as Miller puts it, the “most successful forms” of social framework, and in this sense, history has ended. The task for liberal conservatives, who do not want to ditch a competent and representative civil service or industrial growth, is to think through the reform of government administration—which Fukuyama did at great length in his The Origins of Political Order—and how best to affirm human value despite the straightening of the division of labor, which Fukuyama pondered in Identity. Miller is surely right: liberal conservatives can find much in Fukuyama to strengthen the Enlightenment hope of a politics that serves the refinements of civilization.

In the opening essay, I noted moments of angelism in Fukuyama and so I agree with Seaton’s point that a better anthropology is required. As I pointed out, Fukuyama sought a correction in the `90s, with a turn to the Scottish Enlightenment. In different ways, Hume, Reid, and other Scots provide lots of resources for assessing the role of history in human development. I also criticized Fukuyama for ignoring geopolitics. Hay picks up that point and usefully recalls the voluminous work of Robert D. Kaplan, who does a great job of linking wide reading and big strategic thinking with travelogues, describing the nitty-gritty of politics across the globe.

Geopolitics dates to the British strategist Sir Halford Mackinder, whose work around the time of the Great War influenced Carl Schmitt. I agree with much in Miller’s assessment of Fukuyama, but we differ on how much Schmitt illuminates Fukuyama’s themes. Miller makes two good points and another about geopolitics and Schmitt that needs scrutiny. Globalization is withering and forecasters who worry about business risk identify “fading government legitimacy” as the core problem. The cause, Miller argues, is that the state is not only trying to do too much but fruitlessly trying to provide common goods that only pre-political civil society can deliver, like parental investment in the local school. The sign that Fukuyama undertheorized this problem is that he marginalized that “other root” of liberalism, Christianity. Recognition, contends Miller, is a matter of spirit, and religion is a critical part of delivering on the spirit. Religion is also important strategically, for it deflates the boosterism that creeps into Fukuyama’s account occasionally.

What to make of Miller’s assessment of my “obvious point” that appropriation of stuff is basic to industrial growth? Miller grants that Fukuyama skips over the issue but adds that his over-emphasis on production is “not contradictory” to strategic awareness about ready access to the world’s stuff. The point does not seem that obvious otherwise the Biden administration would not have thought that weaponizing the international banking system was a good idea. We will have to wait on the full implications, but already the Russian response of doubling-down on tying money to commodities, like energy and food, seems to have traction.

I argued that Fukuyama was too cavalier in dismissing plausible alternatives to his rationalistic strategic thinking. We are more than cerebration. Mearsheimer constantly reminds anyone willing to listen about the role of fear in international affairs, Kaplan about the place of geography, and Schmitt on the grip of sacrality. Miller thinks Schmitt an early variant of anti-globalism, but he is more than that. Like Miller, he thinks religion important, but he adds a twist: religion expresses, to quote Roger Scruton, “a shared home, built on dedicated ground.”

Fukuyama’s image of dissent from the end of history is Nietzsche’s men speaking with their chests. It is a great image because we do expect people to stand behind their words. However, it also tends to make us think of personalities as drivers of history. Think of all the ink spent on explaining the Russo-Ukraine War by what Putin thinks or whether illness is warping him. The Last Man aspect of Fukuyama’s thinking encourages that sort of commentary.

By contrast, Mearsheimer is fond of saying that who sits in the Kremlin or White House is beside the point. What matters are the strategic needs of nations: know those and you can predict what “leaders” will do. Thousands of news reports have expressed dismay that Putin has shredded the consensus on global harmony and so we hear a lot about the scope of sanctions today but a look at a map shows they are Western sanctions only. Not a single country in the Global South has signed up, and that’s 76% of the world’s population. The reasons India, China, Mexico, Brazil, and South Africa have dismissed sanctions are various, but what they hold dear is probably significant. India sits between China and Pakistan, and India means to hold its ground: for that, they need an ally to the north, Russia, and not least one who can ensure weapons and food. What Scruton calls “dedicated ground” is, thinks Schmitt, a mover of history. It adds a depth, and surely a complication, to Miller’s own concern with the role of religion in international affairs—a role, I agree, Fukuyama skipped over.

Participating in this forum with a political philosopher (Seaton), a historian (Hay), and a strategist (Miller) has been an absolute pleasure. Few books can stimulate such a range of thinking and that is why people will still be reading Fukuyama thirty years from now.