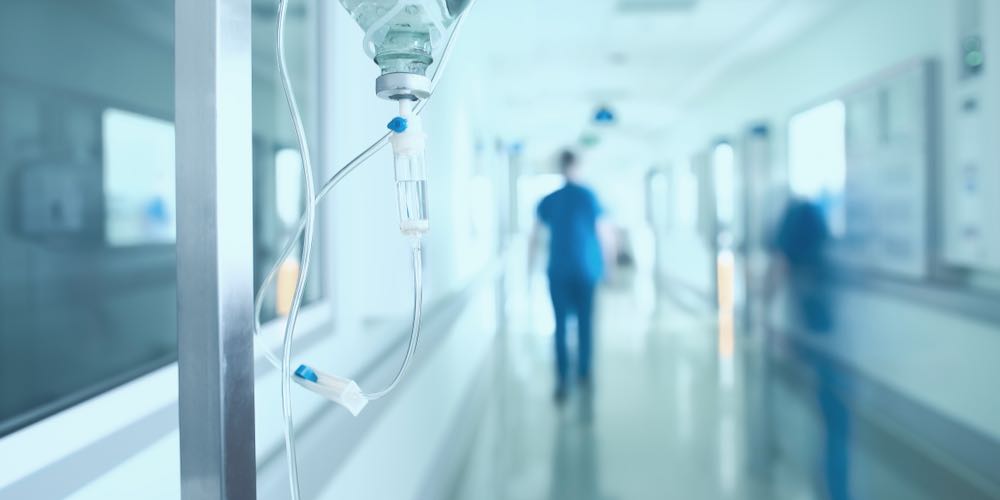 Trust in American institutions is at an all-time low. Fewer Americans trust their elected officials, journalists, or business leaders to do what is best for the country than at any time in the past. Perhaps the decayed institutions do not deserve the public’s trust.

Congress seems unable to pass laws or budgets or to oversee the executive branch. Administrative bureaucracies are often captured by industries and narrow interests. The press no longer holds public officials accountable for misdeeds and lies; it promotes its own preferred narratives instead. Universities have become ideology factories. America’s military has waged several wars ineffectively; it has lower standards for admission than in the past. Our public schools achieve less at greater cost than in the past. No college professor honestly thinks students are better than they were a generation ago, nor are the college professors as well educated. Fewer movies have compelling plots or character development.

The list of decaying institutions includes our fake economy, the energy grid, factory farming, churches, air travel, public infrastructure, architecture, and our melting pot of assimilation. Our IQ scores are declining as are sperm counts, while obesity rises. Birth rates are cratering. Marriage formation lags. Americans are shorter on average than we were a generation ago. The list could go on.

Sports like golf and basketball, television, and the culinary arts are arguably better than in the past. Yet late republics specialize in just such bread and circuses. Decaying republics have good booze, tasty cheeses and crackers, and wonderful flat screens to watch girl-boss gladiators on demand.

Could America’s medical system remain free from this general decay? Paracelsus, the pseudonymous author of First Do No Harm, argues that the American medical system is profoundly and perhaps irretrievably broken. The original Paracelsus, who also used that pseudonym, was a contemporary of Machiavelli and an acquaintance of Erasmus and Luther. He helped revolutionize medicine with modern methods, something that made him a critic of the medical establishment of his time. Our Paracelsus opposes today’s medical establishment for its corruption and stagnation.

Paracelsus treads on sacred ground when criticizing modern medicine. Founders of modern science like Francis Bacon and Rene Descartes thought the modern project would stand or fall by its ability to deliver ever greater improvements in health. Modern doctors are indeed able to do far more than their medieval predecessors. In many ways, the authoritative doctor stands in the modern mind as a representative of the entire modern scientific project, so an attack on medicine is an attack on the promise of modernity.

Medicine and science generally have delivered, in a manner of speaking. Life expectancies have indeed risen from 40 years old in 1880 to nearly 80 in 2015. Much of the credit for this rise goes to improved sanitation, better housing, better nutrition, the development of vaccines, and declines in maternal and infant mortality—all products of Baconian modern science. The health care system gets too much credit for the rise in life expectancy (life expectancy was almost 60 before by the 1920s), but it is a factor in rising life expectancies. No one appreciates medical advances more than I do. I would have been a widower had my wife given birth to our first in the 1850s. My daughter, diagnosed with stage four cancer when she was very young, is now a thriving adult cancer survivor: she would have been a goner in the 1920s or 1950s.

My positive experiences with the medical system happened well over a decade ago. Paracelsus dates our decayed medical system to around then. No system is perfect, of course. Anyone attempting to establish Paracelsus’s conclusions must present a “before” picture to compare against the decadent system. Paracelsus accomplishes this through a rich, mostly narrative clinical dissection of America’s system. According to Paracelsus, the goals of perpetuating the health system and providing quality health care are diverging, to the detriment of patient health. As more money and prestige come from perpetuating the system, the patient-centered goal of health is compromised. Health care’s glittering exterior (white-coated doctors, nice buildings, big staffs, lots of research money) masks an interior that is increasingly rotten and dysfunctional.

The public has great respect and confidence in medical schools, as institutions that recruit, train, and professionalize quality doctors. Look under the hood, however, and something quite different emerges. Acceptance rates vary across medical schools, but since most students apply to more than a dozen schools, about 42% of the students who apply to medical school are admitted. Medical school is not as tough as people imagine. Classes have been pass-fail for decades. Accreditors will ding medical schools if students fail, so accommodations are made. Online learning is common and inferior. As a result, fewer than 5% of admitted students fail to graduate. Nor is residency the ultimate gatekeeper, since nearly 80% of graduates complete residency requirements in four years and almost all do in six years. Board exams have been toned down as well, to protect candidates from stress and burnout. The system encourages medical schools to “fail forward” nearly all students, but the process does not ensure excellence.

Something similar is happening at the administrative level. The number of practicing doctors increased by 150% between 1975 and 2010 (not too different from population growth in the country), but the number of healthcare administrators increased by 3200%. That vast increase in the number administrators, with portfolios ostensibly focused on ensuring quality and cost-effective health care, should be a boon to the whole system. Instead, they are whiling away the hours on public relations for hospitals, finding ways to game the whole system. Paracelsus shows how hospitals seek additional accreditations so they can call themselves a “Comprehensive Stroke Center,” or put up billboards with the tagline “We Care for Kids!” Keeping up appearances serves the bottom line.

Efforts to game the system strike at the heart of the system’s effectiveness. We tend to suppose that the more we spend on health bureaucracies, the better health care must be. When there is a health crisis, funding for the Centers for Disease Control (CDC), the National Institute for Health (NIH), or the Food and Drug Administration (FDA) must increase to deal with the problem. In reality, these government bureaucracies are more concerned with expanding their budgets (and therefore creating crises), protecting their prestige, and satisfying their customers than in promoting the health of American citizens. Their customers are drug companies or university research centers or professional organizations, not the public.

The FDA provides a classic instance of regulatory capture. FDA sets “kabuki theater” rules for drug approval and development. The high cost of adhering to the rules means that only big pharmaceutical companies can adhere to them. The NIH funds universities to perform the trials, but corporations can also help with the trials. Post-approval monitoring of drug quality and side effects sits in the hands of Big Pharma. The result is a primrose path for Big Pharma. But that does not mean that America gets effective, useful drugs. During the decade after 2000, 102 drug trials were retracted, 73 for scientific misconduct and 29 for reporting errors. Many approvals merely extend Big Pharma patents and monopolies, providing the same drugs with different delivery systems for much higher prices. Big Pharma profits skyrocket.

Such administrators are “shockingly effective at pushing unnecessary procedures.” Prices for procedures are set in backroom deals between the government, large corporations’ own hospitals, and insurance companies. Huge for-profit healthcare corporations like HCA (with more than 160 facilities across the country), Tenet Healthcare, and others reflect the terrific consolidation in the healthcare field. While it might look like an accountability arrangement, the collusion among these players erodes accountability and transparency. The Center for Medicaid and Medicare Services sets reimbursement rates and enforces Quality-of-Care metrics for hospitals. Bad metrics in hospitals mean lower reimbursement rates.

Medical systems learn to game those metrics, often to the detriment of health. One metric was pain relief, so hospitals were incentivized to “administer opioids to gain favorable” metrics. Another is readmission rates, so hospitals just readmit fewer patients. Another is mortality rates for days after treatment, so hospitals will keep people in a vegetative state until the mortality window closes. These measures, meant to keep hospitals in touch with the reality of patient health, are just another easily-surmounted obstacle to perpetuating the system.

Nothing illustrates our system’s decadence more than the COVID-19 pandemic. Often in error, but never in doubt, medical bureaucrats at the CDC dictated policies to the country based on paltry evidence. They intubated patients, to their detriment. Bureaucrats had their preferred drugs and treatments, often based on politics or corrupt connections instead of efficacy. Hospital administrators played public relations. Doctors, cowed by the hive mind, complied with protocols that they saw were not working. Those who produced experimental treatments called vaccines made huge profits with blanket immunities should something go wrong. No one paid sufficient attention to the after-effects of the drugs. After studies will admit no errors and we will repeat the same pathologies next time a panic strikes.

Paracelsus paints a picture most grim. Corporate medicine—enforced through state-sponsored collusion among industries—leads to local oligopolies and large corporations making huge profits regardless of whether they provide better care. Too many have too much money invested in the system to expect any significant change.

I wish that the book had more before-and-after statistics. Some such statistics would have helped his case. Paracelsus never mentions a 2016 Johns Hopkins study concluding that medical errors are now the third leading cause of death in the United States, accounting for over a quarter-million lives a year. (Can we trust the peer review system that produced such a study?) How many unnecessary procedures are performed every year? How many people suffer from side effects or die from overprescribed drugs? Paracelsus never mentions this.

The book would benefit from taking account of counter-evidence. Paracelsus never mentions, for instance, how cancer survival rates have improved by about 20% from the 1950s. Five-year survival rates for all kinds of cancer increased from 50% in the 1970s to 67% in 2010. New cancer treatments arise at breathtaking speeds. At the leading edges, perhaps, the medical system still fulfills its Baconian promise.

Institutions lose their sense of purpose over the course of generations. Sclerosis sets in.  Only a purging return to first principles can initiate a return to the core mission. The pandemic does not seem to have shaken the public’s trust in physicians or the health care system overmuch. Let us hope that no future cataclysm befalls us to shake trust, justified or unjustified, in our system.