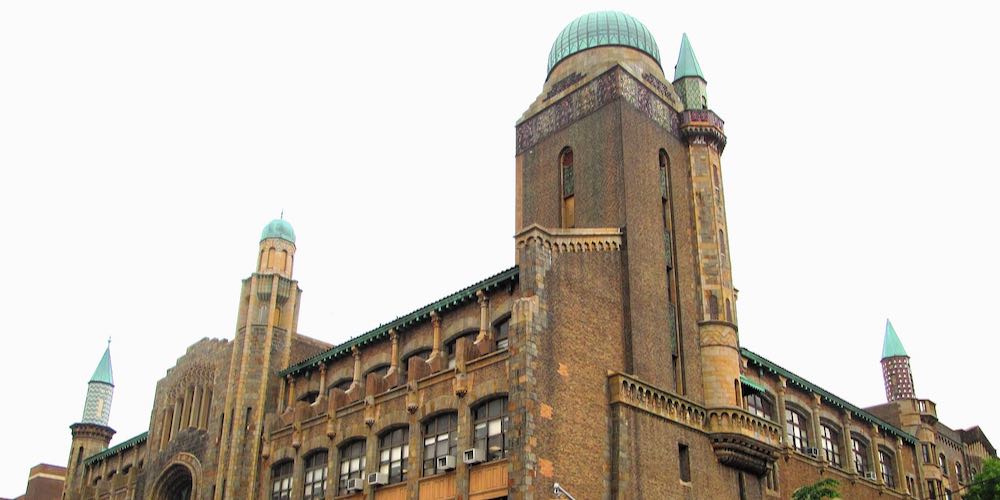 Yeshiva University (YU) is well-known as the flagship institution of modern Orthodox Judaism. Though its graduate schools are non-sectarian, its undergraduate programs are distinctly religious, to the extent that any reasonable observer would know immediately that it is both a religious and educational institution. Yet in a recent court decision, Judge Lynn R. Kotler of the New York Supreme Court (which is not the state’s highest court but a trial court) found that it is an educational institution—full stop.

Judge Kotler, presiding somewhat ironically after a YU-alumnus judge recused himself, had been asked to determine whether YU had run afoul of New York City’s expansive Human Rights Law (NYCHRL) in denying a group of students official school sanction of their LGBTQ club, the YU Pride Alliance. YU argued that as a private university guided by the tenets of Orthodox Judaism, it had the right to approve or deny student group applications in accordance with its understanding of Jewish law and Orthodox sexual ethics, all of which fall under the shorthand category of “Torah values.” The Pride Alliance prevailed on its argument that withholding university sanction is unlawful discrimination and won an injunction requiring YU to afford the Pride Alliance the same legitimacy it gives other student groups. (YU filed an emergency appeal with the U.S. Supreme Court, but was denied on the grounds that there are avenues for relief still available to them within the New York state courts.)

Judge Kotler applied a rigid formalism in her analysis, determining that because YU is incorporated as an educational institution rather than a religious one—a characterization that it affirmed in the 1960s—it could find no safe harbor from New York City’s efforts to eradicate discrimination based on protected characteristics. She ordered YU to admit the student group immediately, and in so doing to conform to the city’s understanding of who may discriminate, when, and why. An institution of higher learning, even one named after traditional Jewish study halls, that is led by rabbis, and is explicitly Orthodox in its mission statement, could not discriminate on the basis of religious convictions, because its “primary purpose,” in Judge Kotler’s words, is its “educational function, evidenced by its ability to now confer many secular multi-disciplinary degrees.”

At one level, Kotler’s analysis seems plainly right and reflects some poor decision-making on YU’s part. If only a “religious corporation,” one “created for religious purposes” under New York law, is exempt from anti-discrimination efforts, it is easy to see why Kotler reached the conclusion she did. “Religious corporation” appears to be a legal term of art that means a church, and YU is clearly not a house of worship (though it does at times function as one). When YU’s lawyers asked Kotler to take a “functional” approach to determine the university’s religious character, she had some good reasons to decline.

At another level, it is possible that none of the finer points of the trial court’s formalism will long remain relevant. In cases such as Burwell v. Hobby Lobby, the U.S. Supreme Court has affirmed that corporations primarily serving non-religious purposes have religious rights too. And while Judge Kotler swept aside YU’s Free Exercise claims on the ground that NYCHRL is a neutral and generally-applicable law, the Supreme Court’s recent decision in Fulton v. Philadelphia suggests that the highest court in the land may just take this case in order to resoundingly disagree.

But to step back from the legal arguments for a moment is to clarify the clash of views that has come to a head in this case. Judge Kotler’s formalism is not a problem, at its root, for being too formalist or for failing to consider how the Supreme Court would rule on appeal. Her mistake arises in her understandable accession to New York law’s false choice between religious activity and education.

We can trace the false choice back to a more fundamental question: What is education? Is it a mere service that any corporation could provide, like insurance? Or is it something more profound? New York law suggests that education is best understood as a package of goods that educators deliver to students. It is a closed set of facts, frameworks, and other markers of sophistication. Teachers are tasked with delivering these to students in a digestible way, and then certifying that students have absorbed the information. (Even the cliche that a good education involves learning “how” rather than “what” to think is part of this paradigm. Educators use state-approved curricula and methods to teach skills that will bear fruit for students in the future.) Any teacher can do it, provided they are competent enough to serve as a bridge between curriculum and student.

But the Jewish view of education, which has echoes in the classical view of liberal education, is different. These traditional views see education not as an opportunity for dispassionate provision of a service, but for impassioned inculcation of morals. Orthodox Jewish education seeks to instill first an appreciation for the richness of the Jewish tradition and the wisdom embodied in the Torah’s vast and often arcane instruction. Just as classical liberal education sought to inculcate an appreciation for a free society and the characteristics citizens need to embody in order to uphold it, Orthodox Jewish education takes a broad view of the role it plays in shaping citizens of the Jewish community. Indeed, in literature, chemistry, and Talmud classes alike, the goal of an institution like YU is to cultivate Jewish citizens. To do so, teachers and administrators must place the curriculum in the context of a larger project of pursuing the transcendent and good. Education, even the parts that appear wholly secular, is a religious act.

To those who see education as a service, like providing insurance or fixing a sink, religion has no reason to enter the picture because particular views of the transcendent and good have nothing to do with what a university provides, which is ostensibly training to participate in the modern economy. (Taking that view seriously would counsel a host of changes to our model of higher education—about which much can and ought to be said.) But Jewish or not, institutions of higher learning are always in the business of suggesting that some pursuits are good and some are bad as defined by an implicit or explicit code. Education is never a mere service; it is always formative. YU students may not simply sit reciting Maimonides’s 13 Articles of Faith each day, but the university does explicitly wish to be in the business of moral formation in line with the Orthodox Jewish tradition’s view of the life well-lived.

Similar fault lines would emerge between Judge Kotler (and the Pride Alliance) and YU if posed a related question: What is religion? As any Orthodox Jew will tell you, it is not a mere matter of conscience. It is a view of the good and true. To YU’s administrators and rabbinic advisors, being compelled to contradict their own view of a proper sexual ethic does not merely violate the First Amendment’s prohibition against compelled speech. It strikes at the heart of their religious observance. Compromising their affirmation of the Torah’s view on sexuality through state-dictated parameters of moral formation would be violating the religious obligation to teach Jewish students the ways of the Torah.

Just as affirming the sexual ethic of the LGBTQ group would be an act of formation—as the plaintiffs eagerly admit, in the course of saying they want to change the culture at YU—affirming traditional Judaism’s sexual ethic is an act of moral formation borne of Orthodox Jews’ religious obligations. Plaintiffs’ tone-deaf argument that other religious (nominally Christian) schools have LGBT clubs speaks to their lack of understanding in this regard; they treat all “religious” or “traditional” institutions the same, as if all Christians are on board with the Pride Alliance’s agenda, and as if the Jewish tradition does not have its own view of the centrality of sexual ethics, the importance of affirming the Torah’s timeless prescriptions, or what education is for. Having the state decide just how traditional any religious group’s internal policies may be is a sordid business indeed.

Judge Kotler’s mistake, and the mistake of the plaintiffs and those who wish for YU to cave or lose in this litigation, is forcing the false choice between education and religion. Plaintiffs think they are acting in accordance with NYCHRL’s mandate to be sweeping and progressive in eradicating discrimination, but actually they are sending the message that religious education is an unwelcome form of moral formation. The sad irony is the implicit but clear lesson that moral formation itself is highly desirable—NYCHRL’s aim of stamping out discrimination is case in point—just not in certain traditional forms.

The Pride Alliance repeatedly reminded the lower court that NYCHRL is to be “liberally and independently construed with the aim of making it the most progressive in the nation.” Yet the categories it artificially imposes on the institutions it aims to govern are clunky and inflexible, and simply fail to understand the projects it regulates. That hardly seems like progress. Rigidity in its application does little to advance the cause of anti-discrimination writ large. Instead, it imposes a state-sanctioned worldview and state-established morality at the expense of competing traditions. Prohibiting Orthodox Jews from engaging in their preferred method of moral formation is not anti-discrimination, but discrimination epitomized.