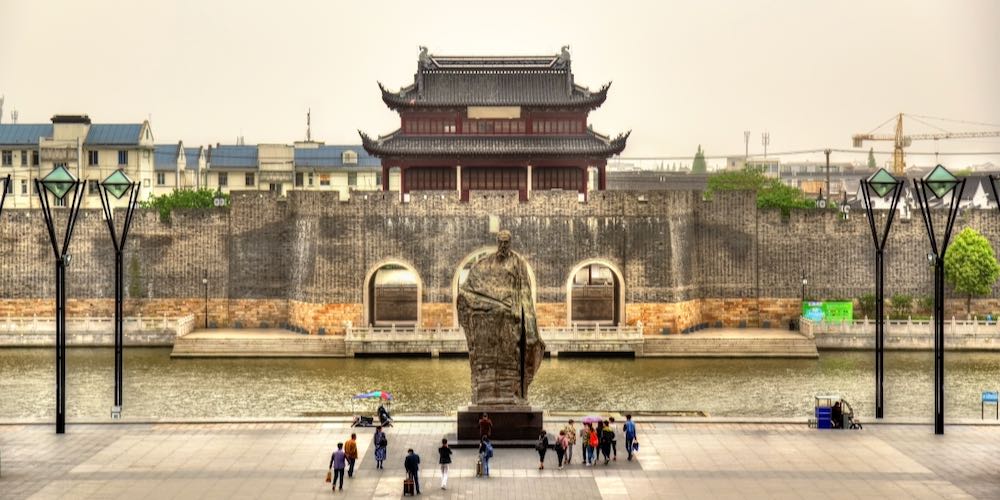 David Schneider has responded to my defense of Confucian liberty. Taking a comparatively grim view of Chinese culture’s potential to liberalize, he argues that Confucians hold that hierarchically superior persons should govern the inferior, while the inferior should always submit to the superior. No inferior person has a ‘right’ to self-determination. Because this principle is so inflexible, a Confucian political theory inevitably results in despotism, “a feudal body politic” that rules out any notions of natural right, equality, separation of powers, or popular sovereignty.

My response will be succinct.

First, Schneider conflates natural law with Rousseau, Hobbes, and Locke. The classical tradition of Aristotle, Cicero, and Aquinas holds that jus or ‘objective right’ exists because our relationships impose demands to give other people their due. These relations are the natural basis from which societal obligations emerge, and what we call natural rights can be derived from facts about those morally normative relationships. Despite the way in which virtue is cultivated within subordinated, hierarchical relations, there is thus no inference to an invidious kind of inequality that would undermine relevant moral or political equality. Affirming basic rights or equality does not require denying that people have distinct natural capacities, roles, or duties. (Aquinas too holds that love has a natural order.)

I previously highlighted the Neo-Confucians in particular, because their metaphysics exemplifies universalistic tendencies, offering metaphysical justification for those relevant kinds of equality. The expansion of public schools during the eleventh and twelfth century, under the influence first of Fan Zhongyan (范仲淹) and later other Neo-Confucians, was not incidental to their metaphysics. As the Salamanca school notably developed a notion of subjective natural rights by reflecting on these facts in the West, so contemporary Confucians are also quite active on this score.

Second, Joseph Chan notes that the view that xiao requires ‘absolute submission’ to parents or other authorities arises only with Han-dynasty Confucians or afterwards. Most obviously, the institutional practice of scholars remonstrating with the Emperor would make no sense if there were never any morally appropriate situation in which to criticize one’s superiors – “since remonstrance is required in the case of unrighteous conduct, how can (simple) obedience to the orders of a father be accounted filial piety?” (This is discussed in The Classic of Filial Piety 孝敬, 谏诤, and also Mencius 5B.9.) Authority gets its force from morality. We see in the Analects 4.18 that when the desires of authority figures conflict with the requirements of the universal virtue of benevolence, ren, inferiors are not to help superiors commit wrongs but to remonstrate with them and seek their moral improvement.

If rulers are subject to a higher moral law, and lose legitimacy when failing to conform to that law, then it follows that rulers can in principle be held accountable for their wrongdoing. There are intrinsic moral limits on the autocracy of the elite. The only serious questions involve the competence of non-elites to hold rulers accountable. While Mencius tantalizingly claims in 5A.5 that the Emperor Shun received his authority to rule from the people as well as from Heaven, there is no worked out classical theory according to which the people retain a power to revoke or modify their government, and there is clear concern, as in the Analects 16.2, that the masses would never be educated enough to be competent in matters of state. Yet, whatever the ancient perspectives on the competence of ordinary people to engage in government, these are no strict obstacles in Confucian principles to developing such an account. My thesis is thus a weak one: I do not deny that Confucian principles have been used to support abusively paternalistic government. I only deny that Confucianism need be so.

There are grounds for optimism, because the classical natural law tradition offers an entrée for Confucians, as that tradition too affirms a benevolent purpose of government. Benevolent government aims to ‘perfect’ the community – which includes helping others become moral reasoners in their own right. Yet  paternalistic governmental authority that permanently substitutes the moral reasoning of an elite such as to “[intend] its own maintenance and [manage] things in such a way as not to have to disappear… is guilty of abominable abuse.” Separation of powers avoids abuses, facilitating true benevolence.

As the purpose of political power lies in service to the people, who are fundamentally equal in their capacities for virtue, there is also no intrinsic reason why one is more suited to hold power than another. Political power can be understood as vested in the people (as Bellarmine argues), who can retain that sovereignty partially. As Aristotle’s own dubious claims about ‘natural slavery’ did not prevent his followers from jettisoning what conflicted with empirical evidence and Aristotle’s own ethical principles, Confucians too are aware that being a faithful follower of a tradition oftentimes involves criticism of the tradition itself. As natural law thinkers are not trapped in feudal medieval politics, neither are Confucians slaves to a despotic past.